No Carb Vegan Portabello Panini is a vegan panini that tastes great! This low carb recipe uses portabello mushrooms to make it part of the no carb recipes. This vegan panini is perfect for those that are on a low-carbohydrate diet! 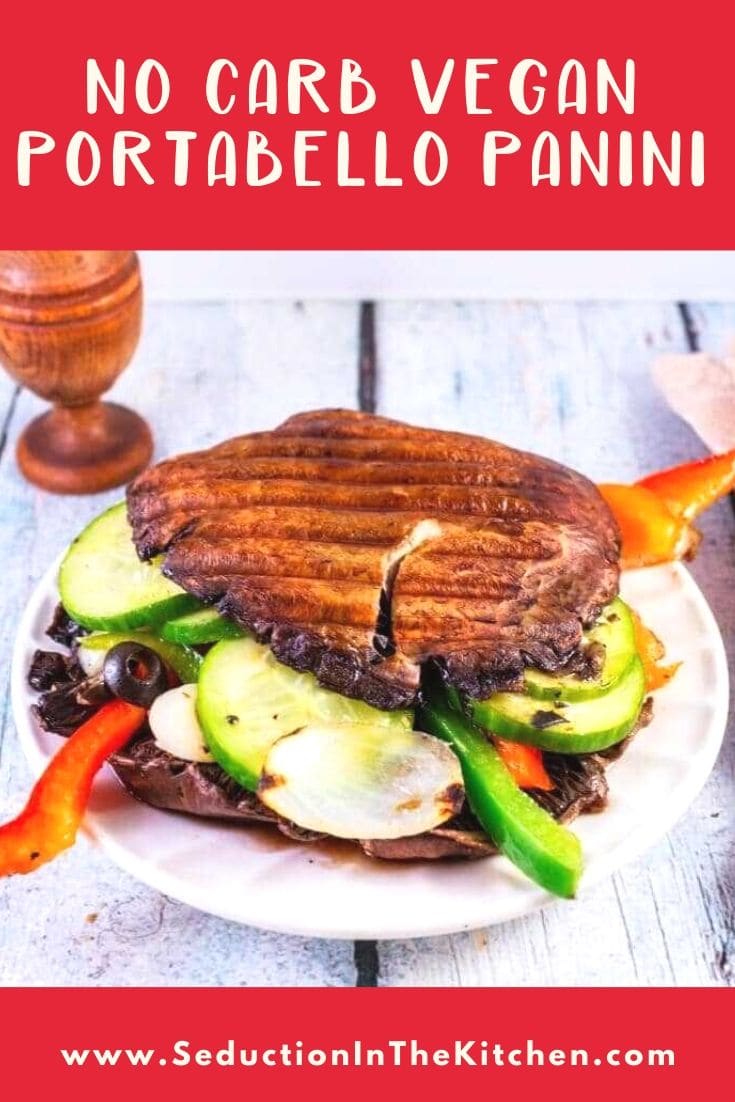 I’m on a healthy lifestyle kick right now. I am trying to lose weight, so I am on a low-carbohydrate diet. Looking for low carb recipes, that are tasty can be challenging. 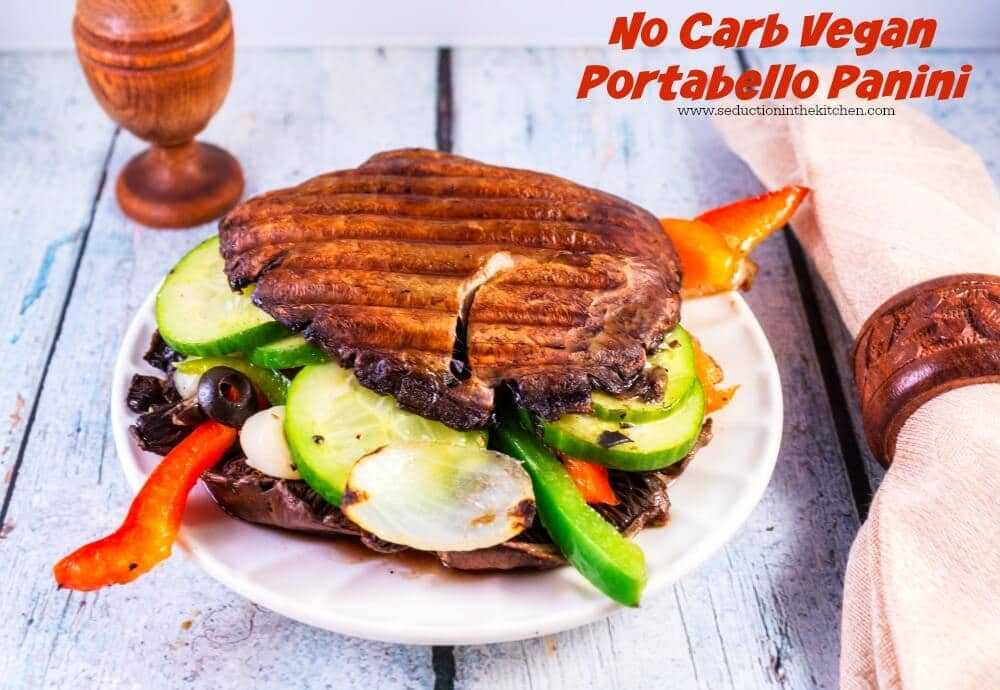 Looking for low carb recipes for a low-carbohydrate diet showed me something interesting. Most of the recipes I found tend to be low carb vegetarian recipes. What about just no carb recipes? 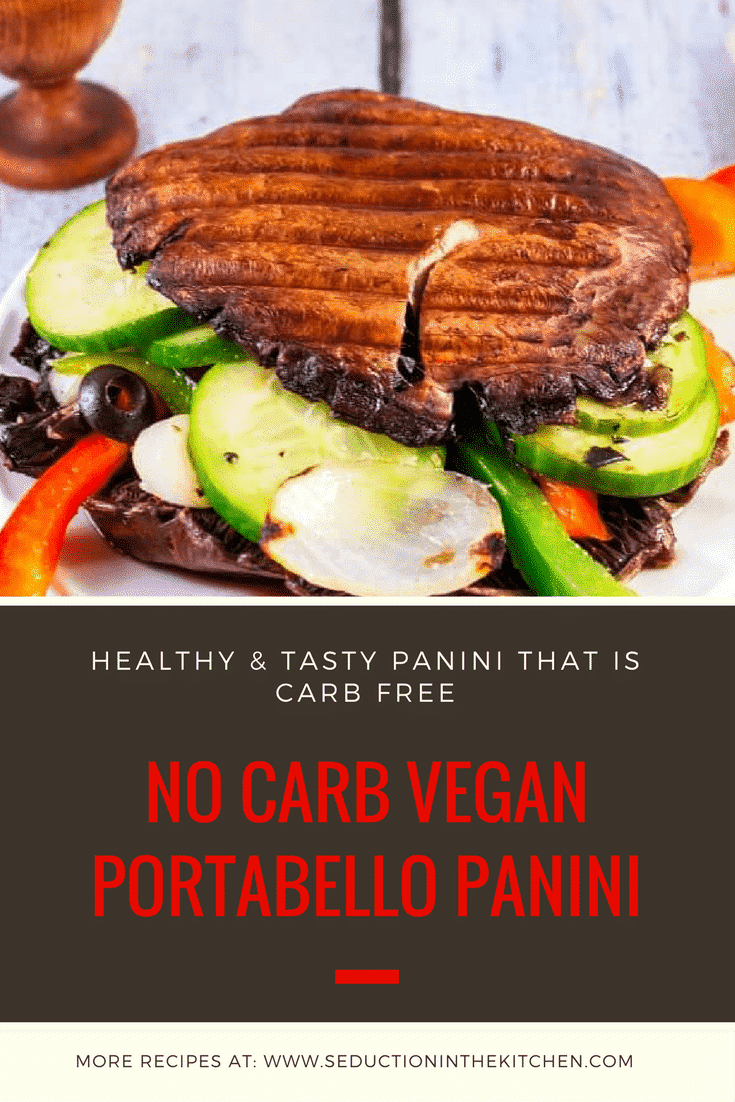 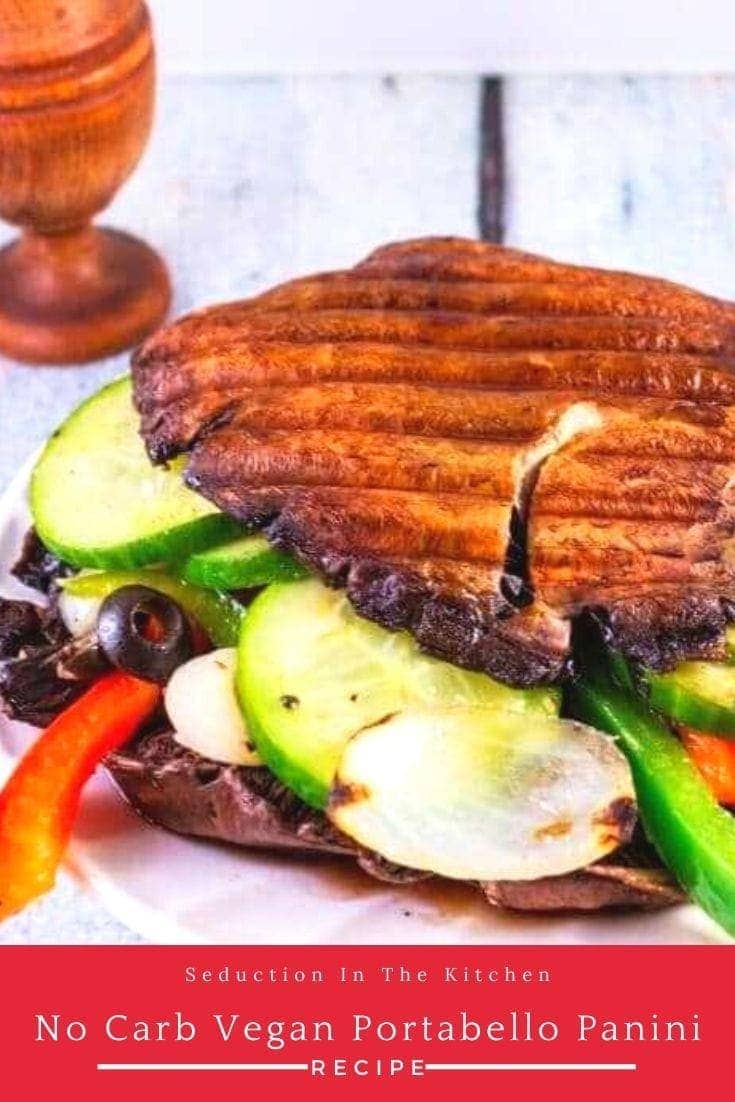 I need something that is tasty, so what about creating a vegan panini? Now I know you might be thinking, No Carb Vegan Panini?

Vegan recipes aren’t as bad as you might think. Actually, the most popular recipe here on Seduction in the Kitchen is a vegan recipe, the Vegan Lemon Garlic Angel Hair Pasta.

I really wanted to think outside the box for a carb-free vegan panini. Portabello mushrooms just simply intrigue me. Most will use them in place of meat in sandwiches. These would be perfect for “bread” in no carb recipes.

To make this No Carb Vegan Portabello Panini pop with flavor, I knew the veggies inside this panini recipe a good marinade.

Hello, Brianna’s Real French Vinaigrette Dressing! This dressing is vegan and it is also gluten-free!  it is perfect for this vegan panini. 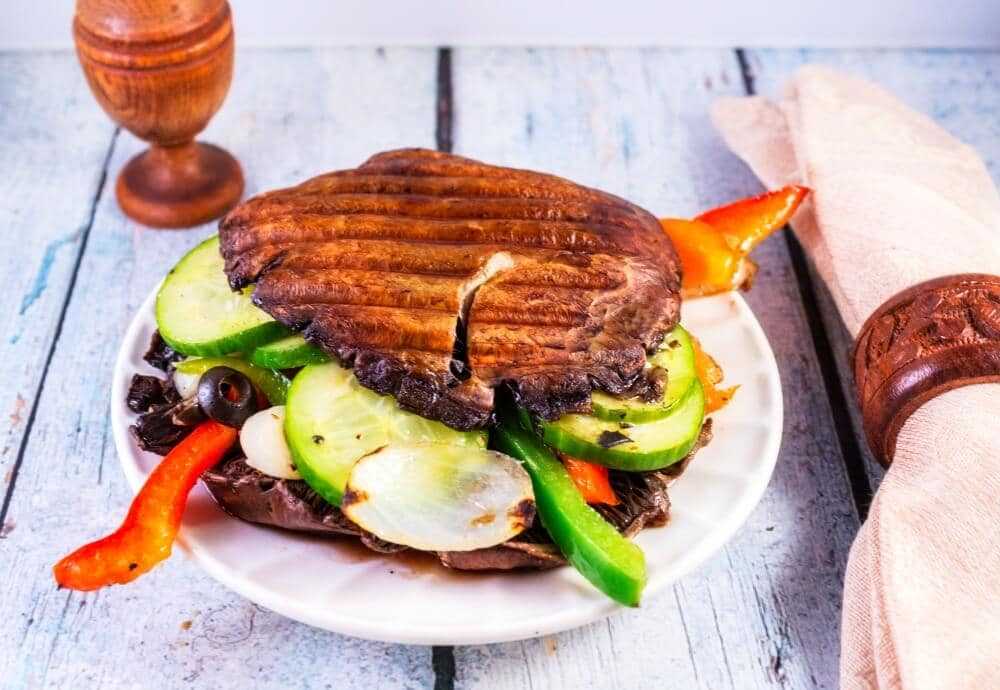 No Carb Vegan Portabello Panini is a vegan panini that tastes great! This low carb recipe uses portabello mushrooms to make it part of the no carb recipes. This vegan panini is perfect for those that are on a low-carbohydrate diet!

Looking for more low carb recipes? Check out these recipes:

Edamame Salad: A Healthy Salad That is Sure To Please