[intro]Lost Princess Cupcakes are lemon cupcakes inspired by the Lost Princess cone at Walt Disney World. This Disney cupcake is a pretty princess cupcake! Create some these pretty cupcakes for #CupcakeLoversDay![/intro] 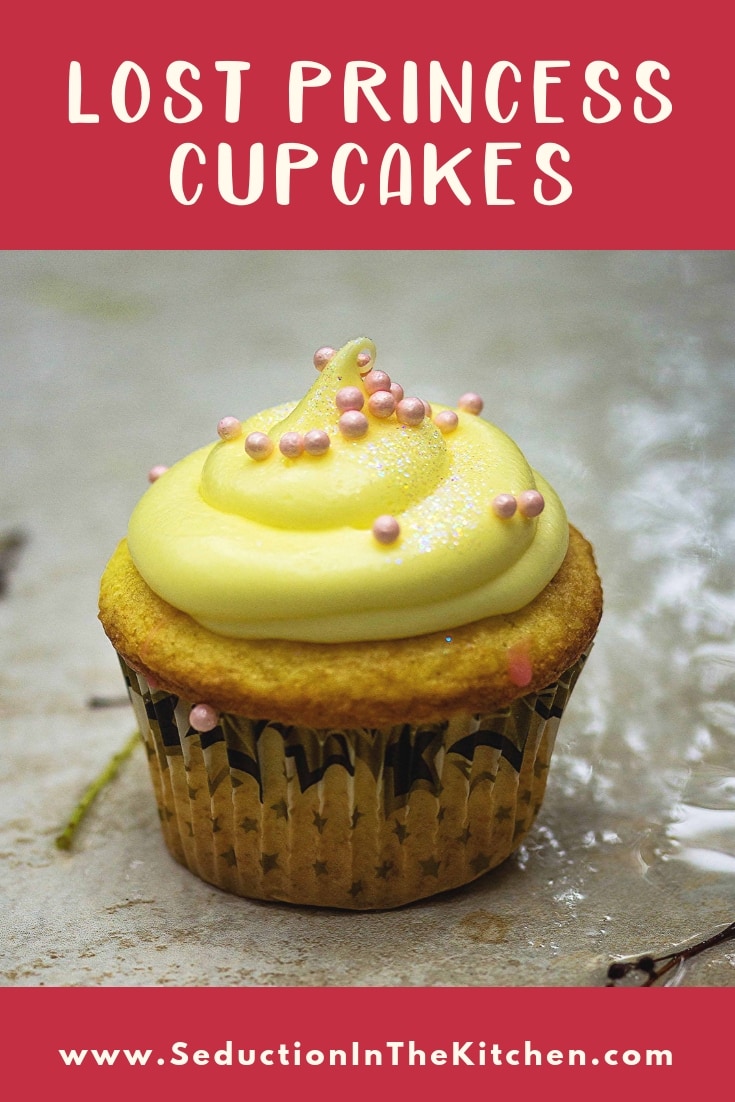 Did you know that June 13th is national cupcake day? Yep, I have teamed up with several food bloggers to give you many yummy cupcake recipes! This event is hosted by Valentina from The Baking Fairy. 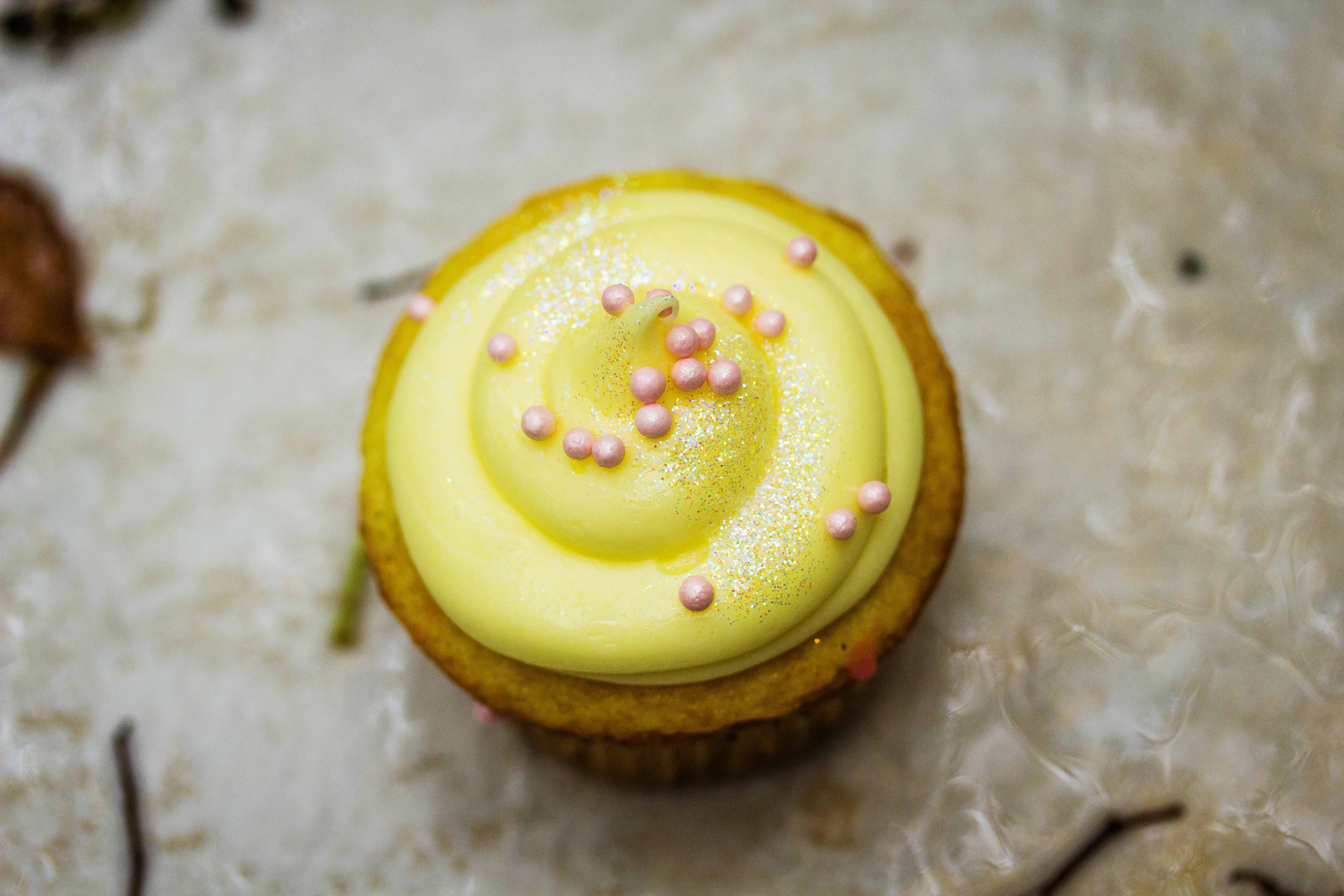 Here is a look at the cupcake recipes you can check out today for National Cupcake day:

As you know I have a Disney food blog. At the Magic Kingdom, Walt Disney resort introduced new ice cream cones. One cone is called The Lost Princess Cone.

The Lost Princess Cone is a lemon soft serve, with edible flowers and a trail of edible glitter. Then this Disney ice cream is served in a purple cone. 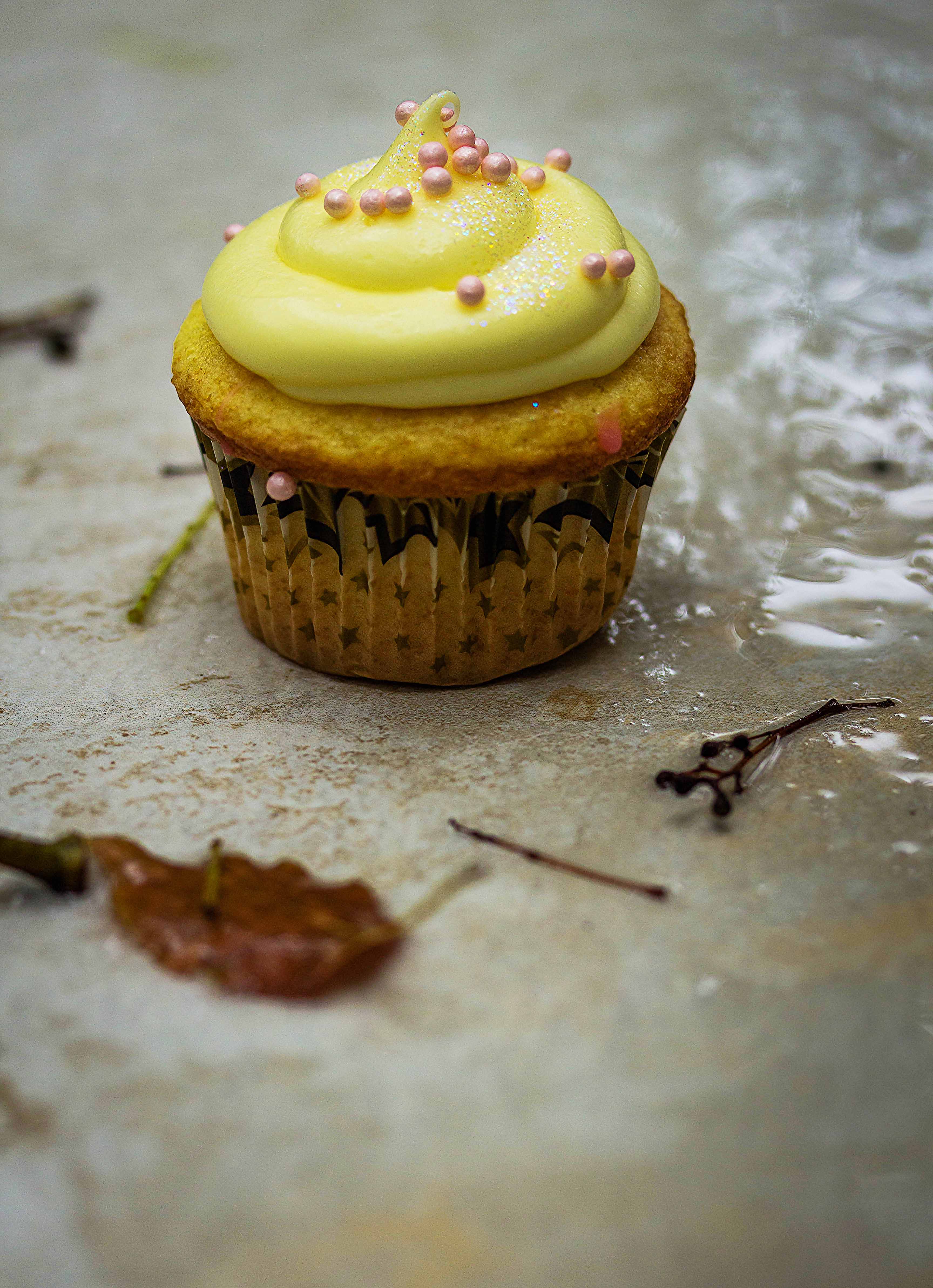 I took inspiration from The Lost Princess cone to create a Disney cupcake. I wanted to harvest the Disney magic from that ice cream cone into princess cupcakes! 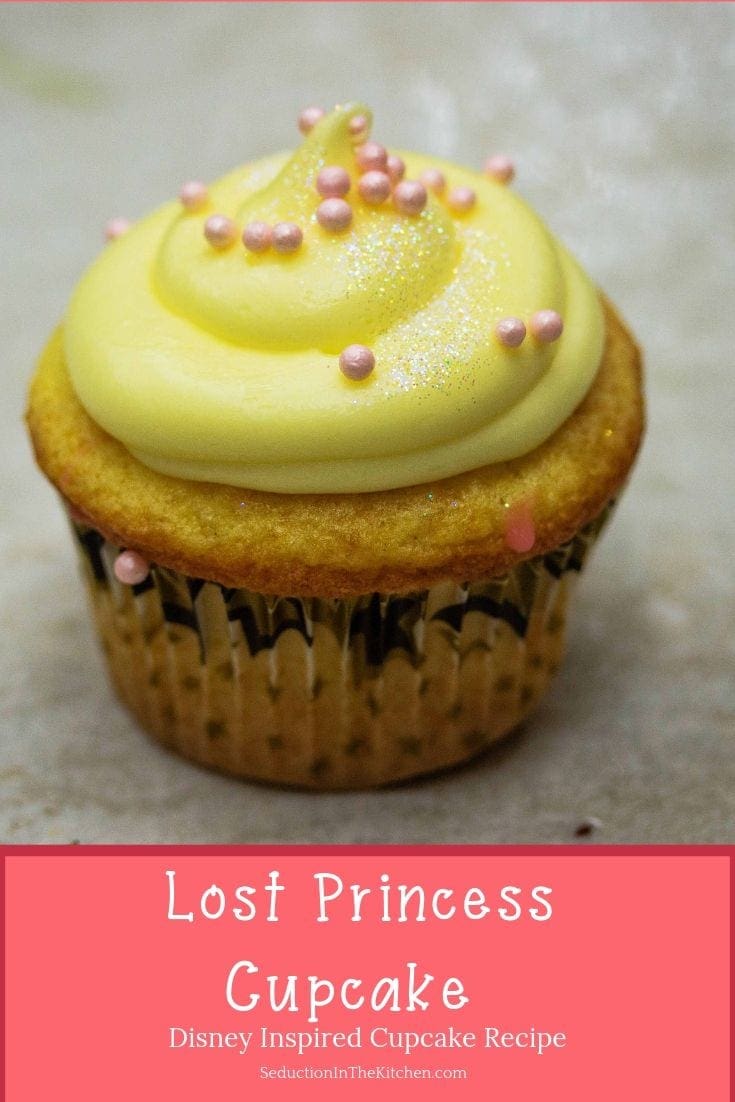 I knew I needed to make lemon cupcakes for these princess cupcakes.  Using a lemon pudding and a lemon yogurt was the best way to give these Disney cupcakes that light lemon taste. Of course, Betty Crocker has a lemon buttercream, so this is perfect for Lost Princess Cupcakes. 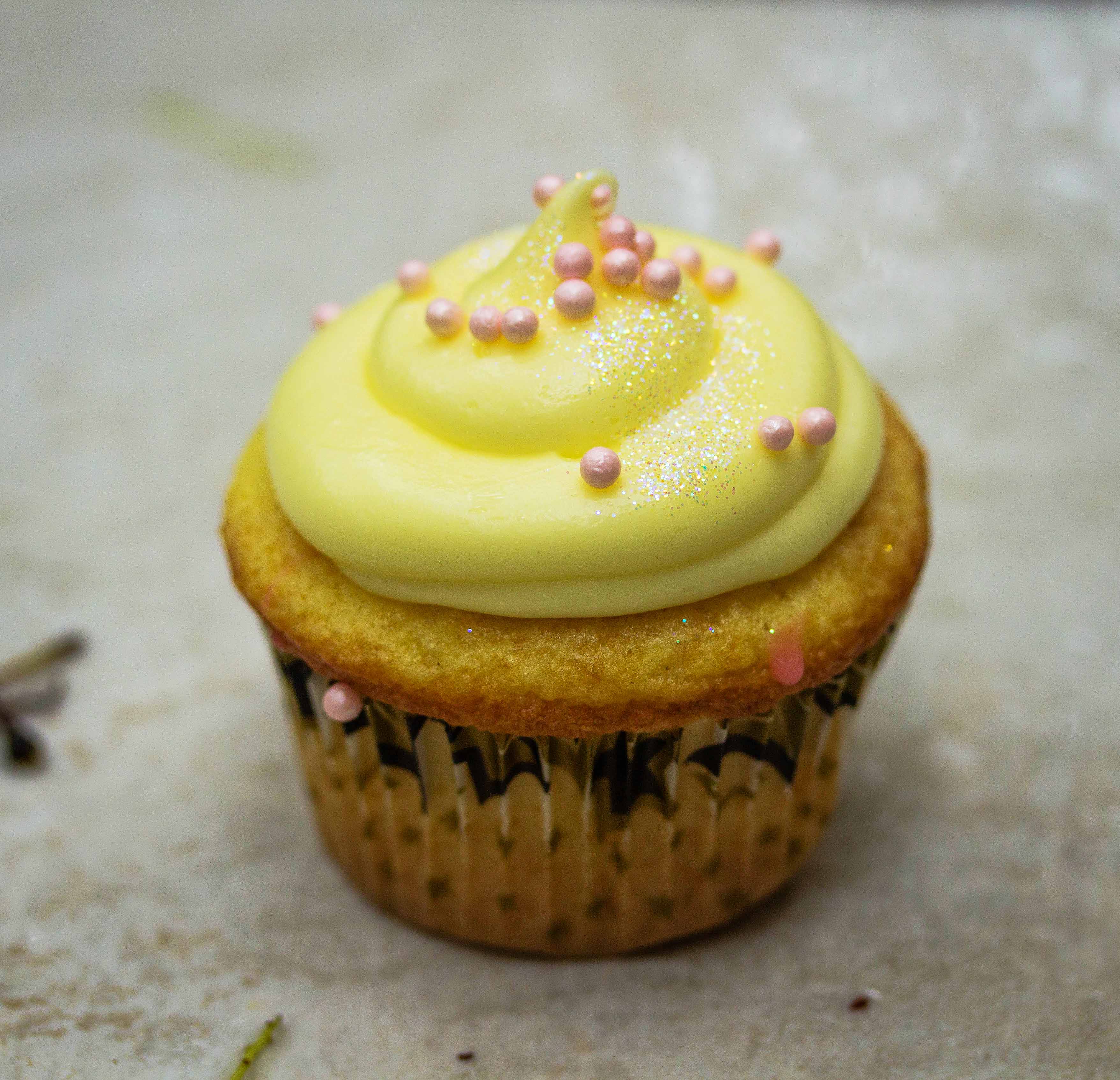 Looking for more cupcake recipes? Check out these recipes:

That sweet yellow frosting looks over the top delicious, what a treat!!

My family would love these!

French vanilla works for me! Adding lemon only makes it even better!

It was so fun reading this post! I'll have to go to Disney World and taste this for myself. I love this cupcake! Would be a fun idea for a birthday party! :)

What pretty cupcakes! I love that little shimmer. I am going to have to get some of that!

The edible glitter and pink pearls definitely give this cupcake all the princess feels! :) But, I would eat them even without the sprinkles because of all the delicious lemon flavor! Yum :)