[intro]Cinnamon Raisin Banana Bread combines moist banana bread and a cinnamon raisin bread recipe into one! This cinnamon banana bread is great with a cup of coffee. You will love making this homemade banana bread! [/intro] 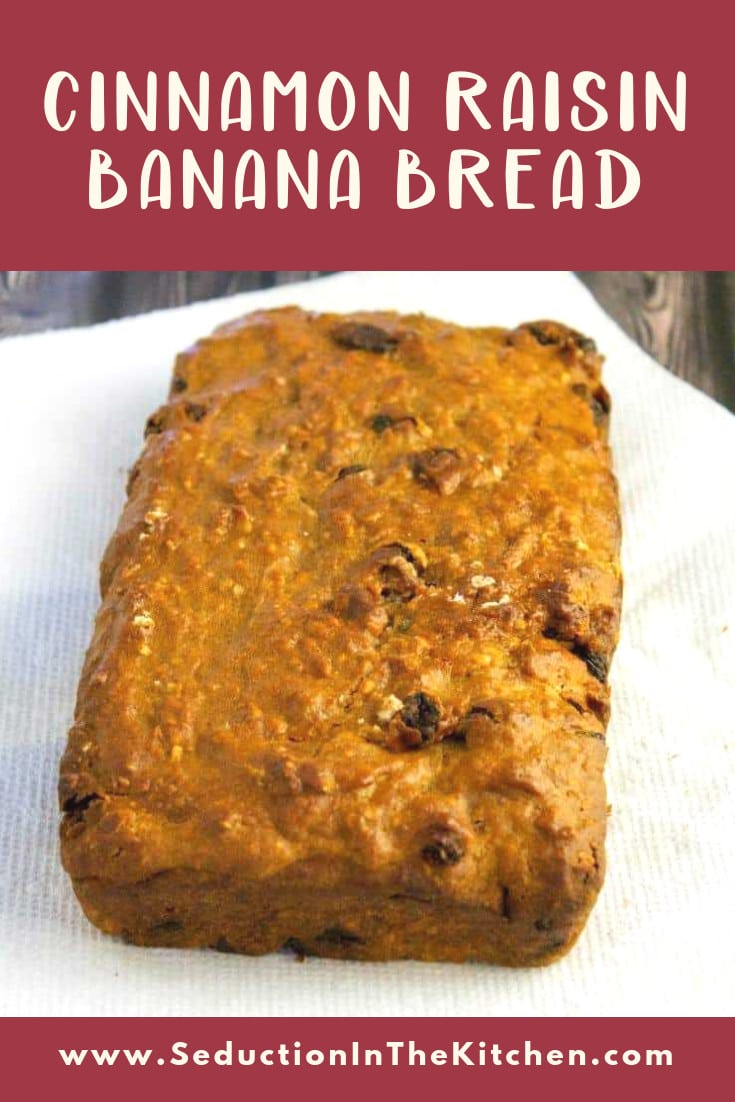 We all deal with stress differently. For my sister, she deals with her stress by making homemade banana bread. She is constantly looking up moist banana bread recipes and trying them out. 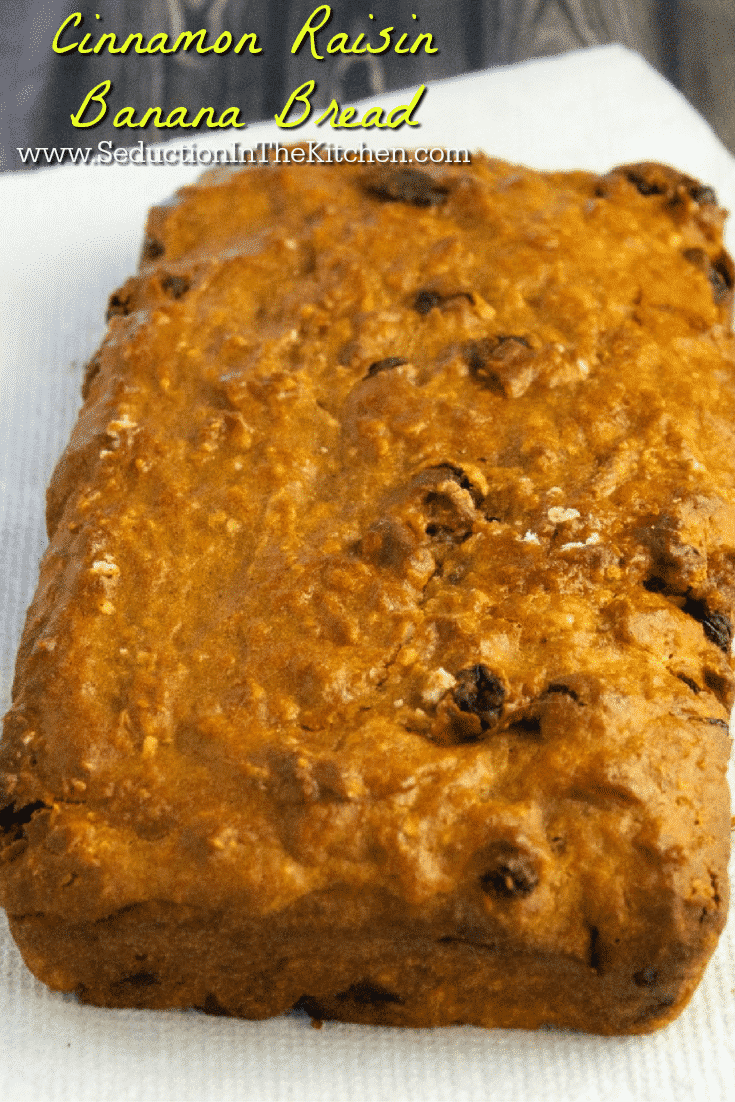 Raisin bread is something my parents really enjoy. My mom has her cinnamon raisin bread recipe down that she doesn’t need to look it up. 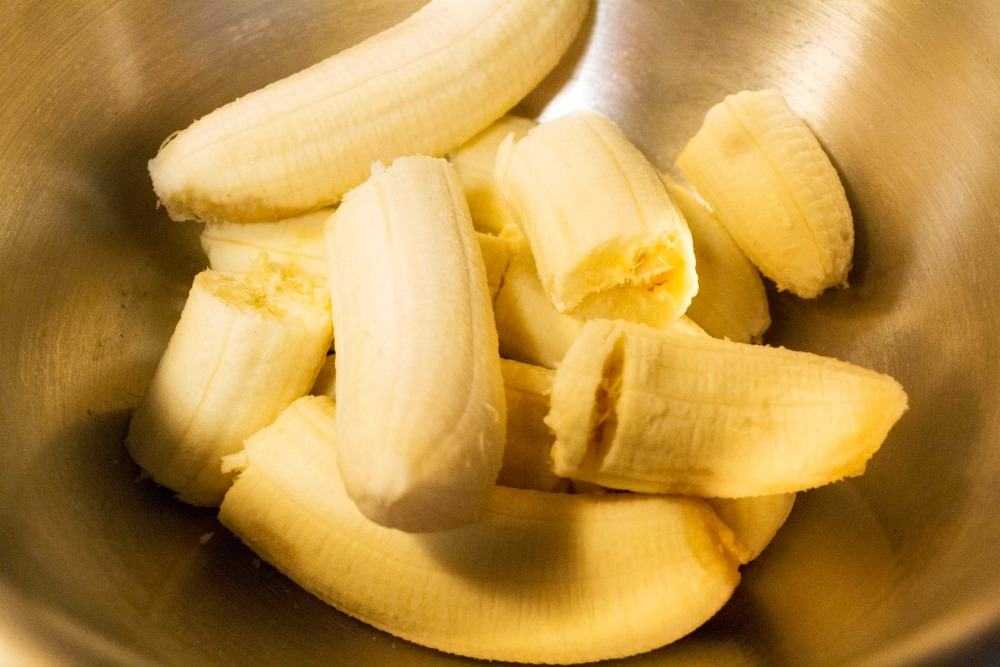 The idea for this easy cinnamon raisin bread recipe came to me when I was craving banana bread. I saw a 3lb of bananas on sale for 99 cents. They were so cheap because they were perfect for baking.

I was also craving my mom’s raisin bread recipe. What to do? I know, why not create cinnamon banana bread! 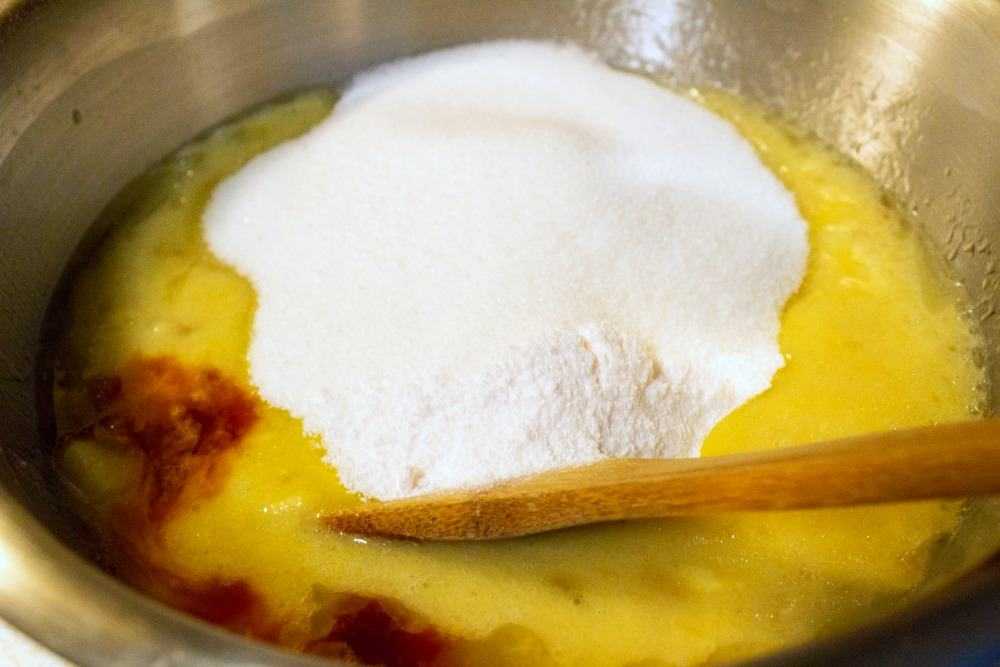 The real secret to moist banana bread is one ingredient.  That ingredient is pudding. Pudding mix makes this banana raisin bread stay moist and gives it a good taste. 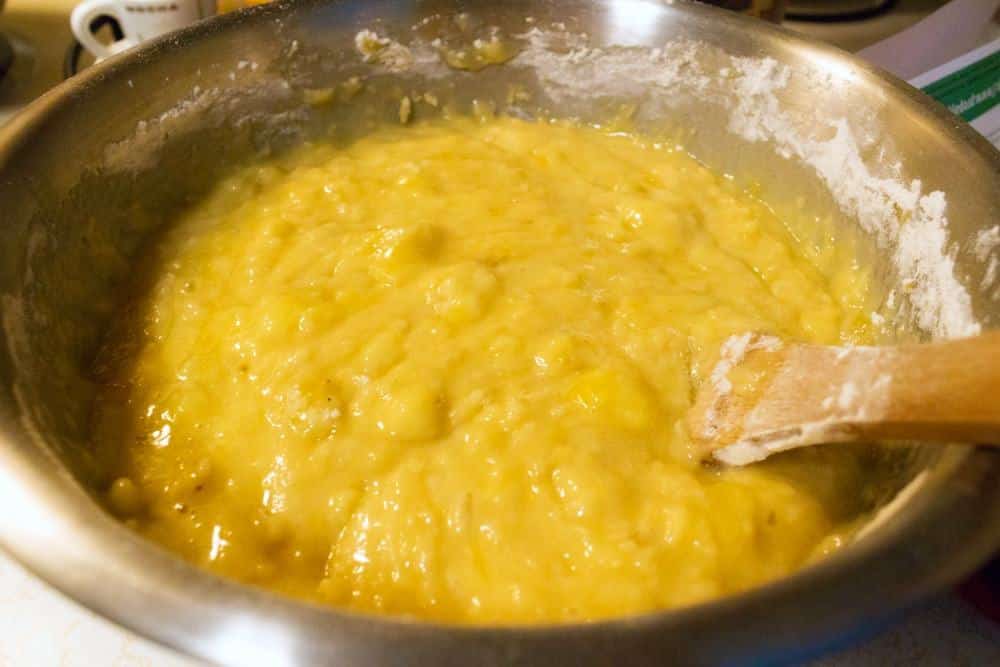 One thing I learned in any baking recipe is to not to overwork the flour. We tend to over mix batters. All you want to do just combine the flour with the wet in this banana raisin bread.

When you stir and stir a batter, you keep changing the flour composition. Which can make this homemade banana bread tough and dry. 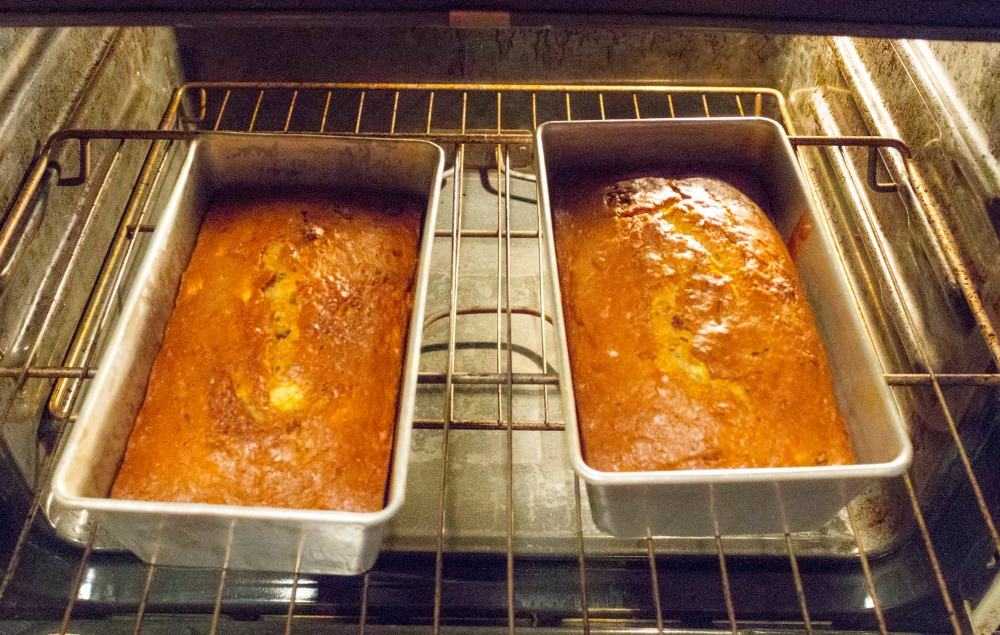 Almost all banana bread recipes will produce two regular sized loaves. Which is a good thing, because this Cinnamon Raisin Banana Bread will disappear fast on you. I took a loaf to work and it was gone within a half a day. 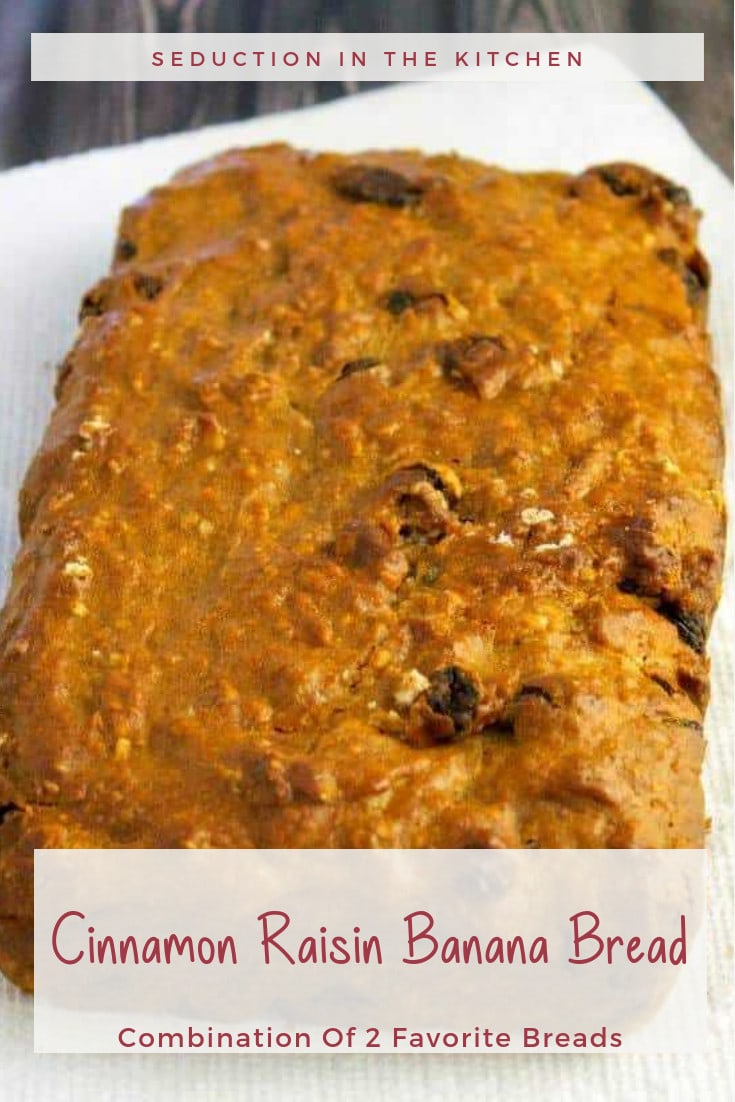 So work forced me to bring the other loaf of this banana raisin bread in. I wanted to keep that moist banana bread for myself.

Work was raving about my cinnamon banana bread so much, I had to bring the other homemade banana bread in. So it is good that this banana bread recipe with cinnamon produces 2 loaves. 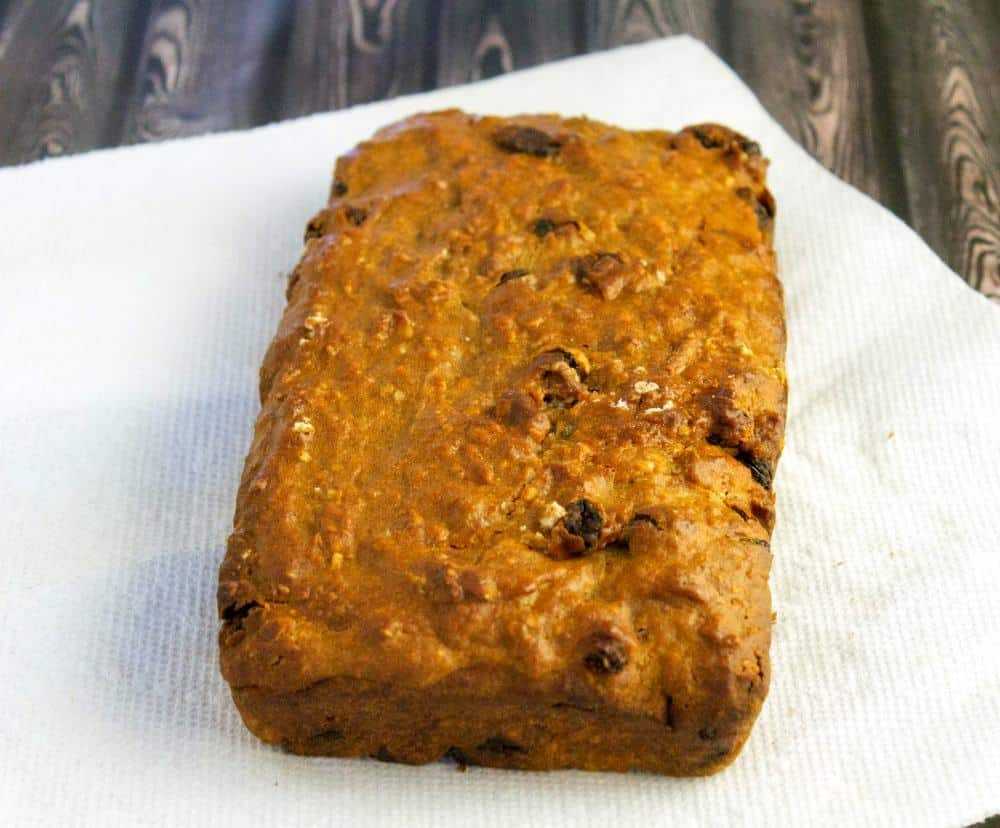 Mmm I love how you combined the 2 breads! Grab me a cup of coffee and a slice this bread!