[intro]Maple Bacon Bourbon Pecan Cupcakes is based on the Maple bacon donut! This maple bacon treat is a great addition to cupcake flavors. You are going to love these maple cupcakes with bacon.[/intro] 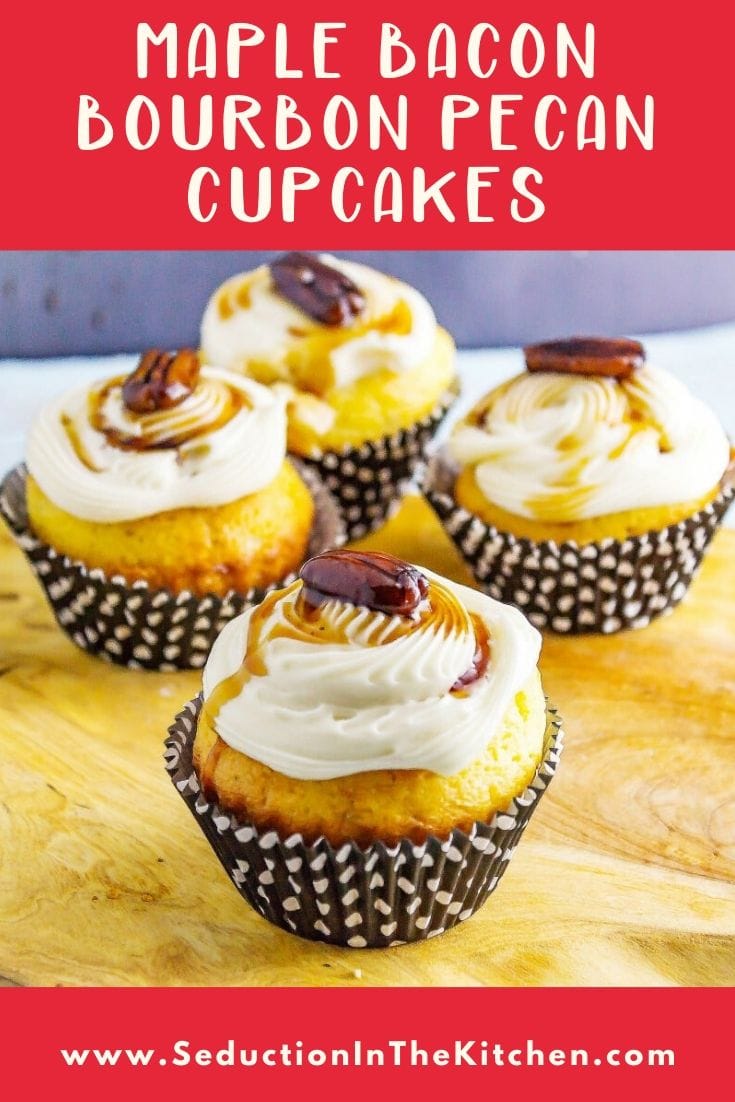 Maple bacon isn’t new, in fact, maple bacon has been out for a while. But most know maple bacon as candied bacon you have for breakfast. However what if you put that maple bacon into a cupcake? 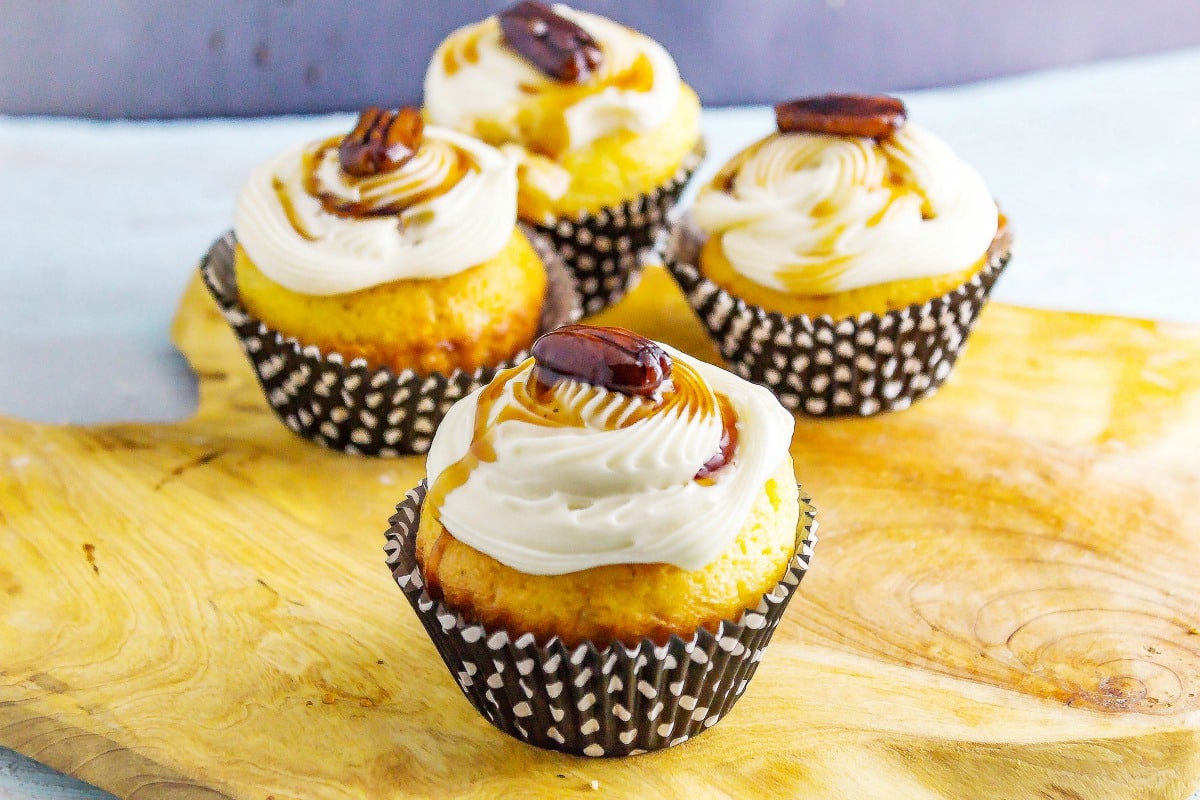 I really love playing with cupcake flavors. Cupcakes have come a long way since the days of just vanilla and chocolate. Today cupcake flavors come in all kinds like lemon, strawberry and maple bacon cupcakes. 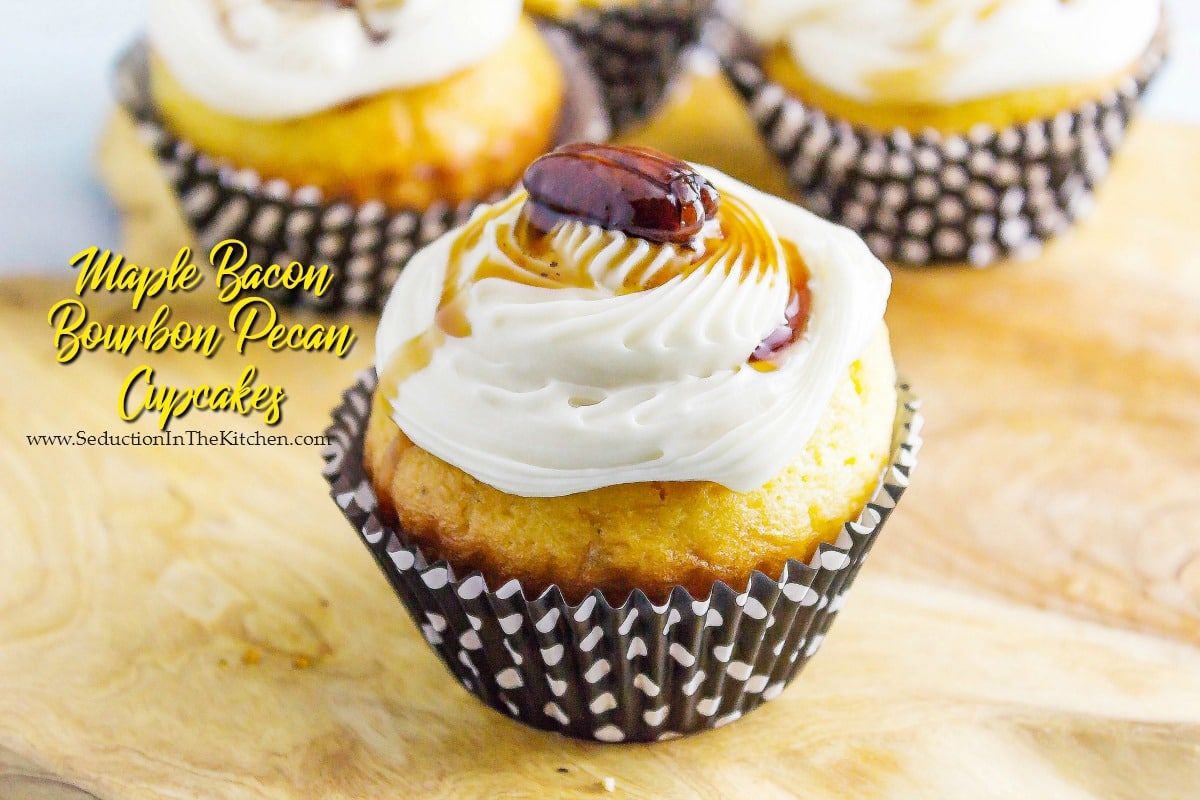 Disney had a cupcake called Piggylicious Cupcake, The recipe for that bacon cupcakes were on my desk when looking through papers. It reminded me of the maple donut I had and with a  little tweaking, I could make my version of bacon cupcakes. 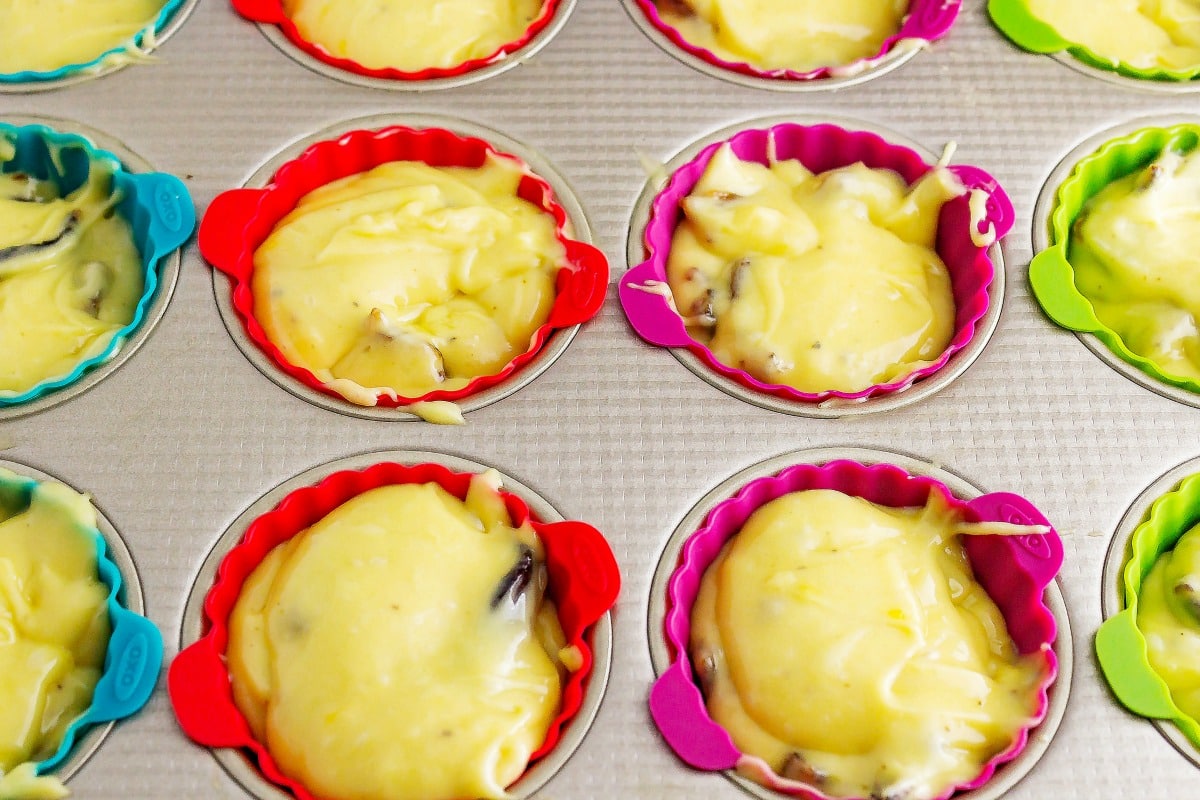 I will admit this is my first time making a cupcake with silicone cupcake liners. One the reasons I never used them, I didn’t think I could get the cupcake out the pan right. 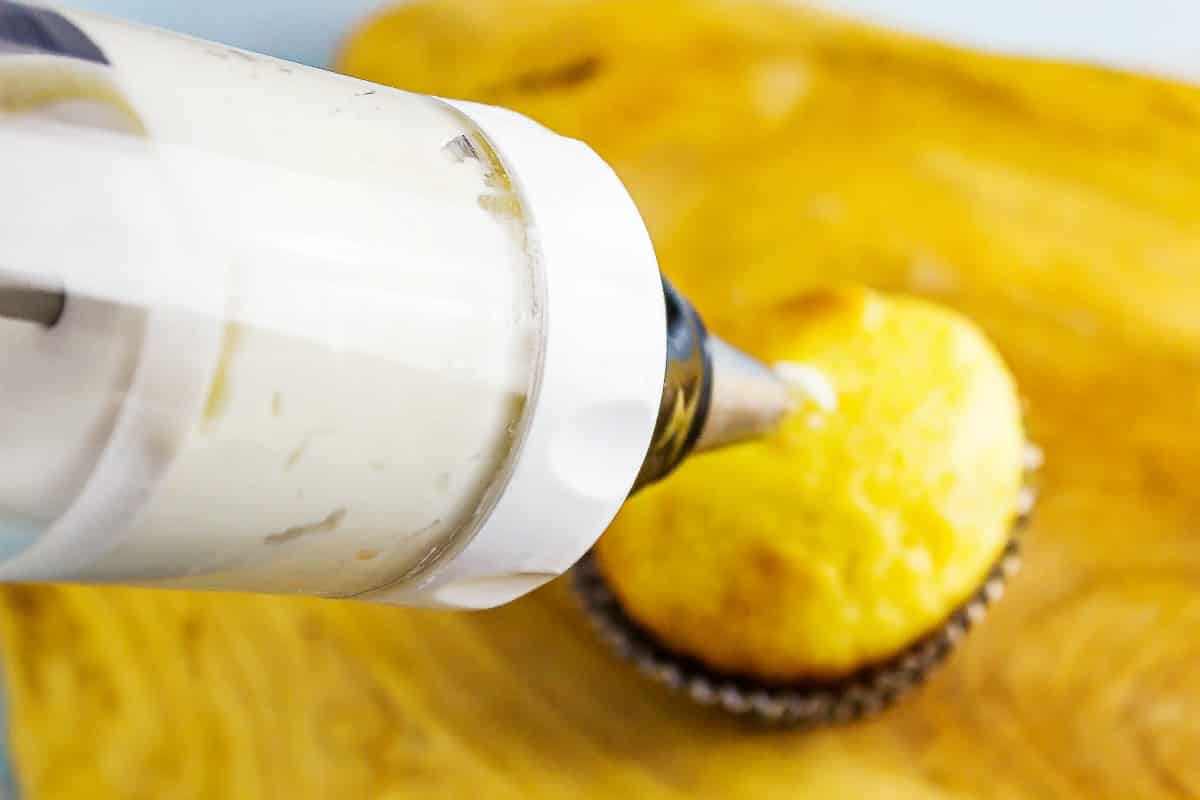 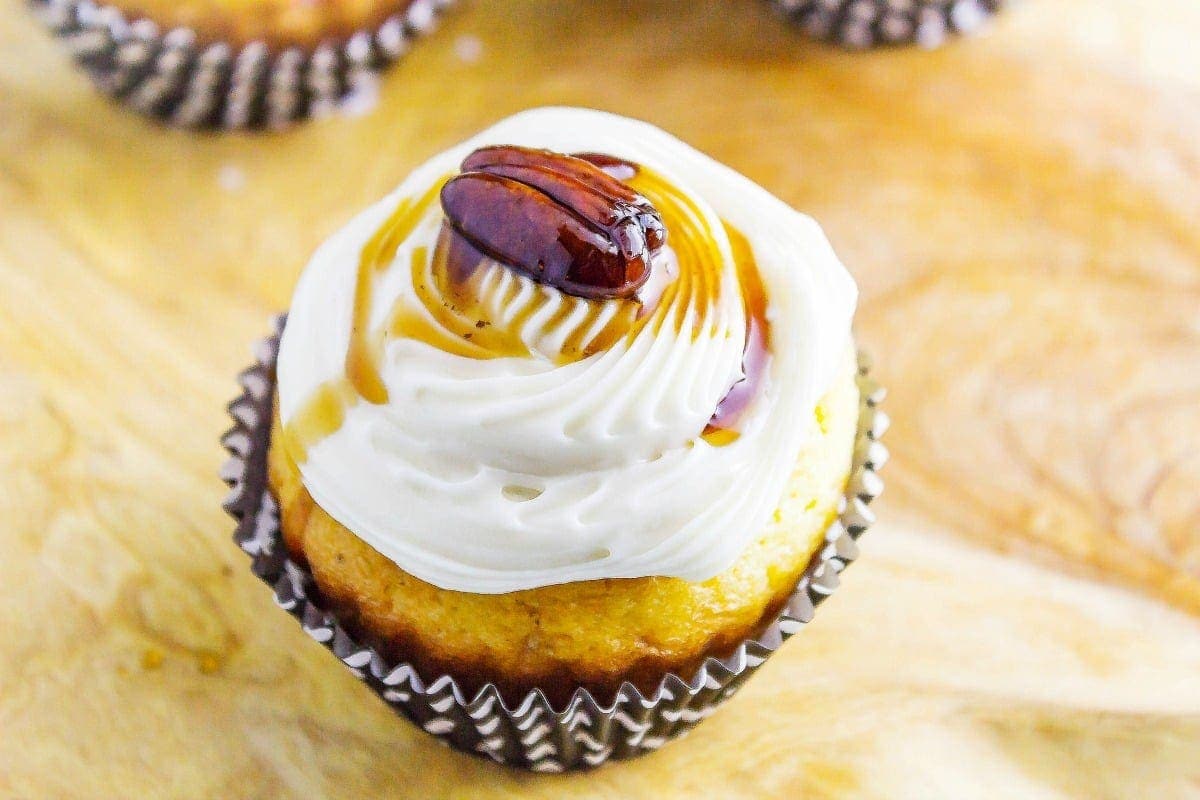 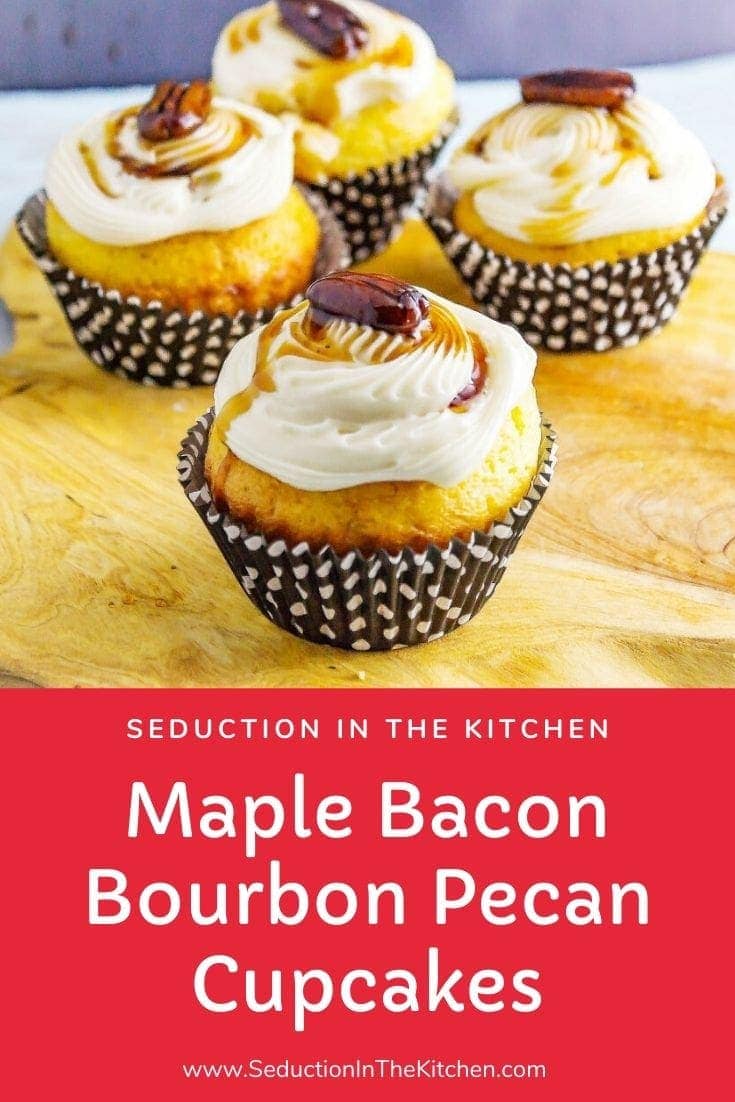 How To Make A Box Cake Moist

I do use a box cake mix when I make cupcakes. How to make a box cake moist? My secret ingredient: yogurt. It makes a boxed cake mix so moist.

You can use regular maple syrup but make sure 100% pure.

I have had a hard time finding the bourbon pecan filling I had originally for this recipe. So I mix into the pecan pie filling 1/2 ounce of bourbon, and still very good.

Looking for more cupcake recipes? Check out these recipes:

Oh yum!! maple, bacon, and a cupcake all in one!! Mmmm

Such a good cause! Cancer is just awful...we lost my father-in-law to cancer and we miss him terribly.

On another note though, your cupcakes look amazing. :)

These are amazing!! I wish I had one in front of me right now!!

The small town I just moved from has so many kids with cancer. Two of my son's teachers each lost a child before they were 6. This is an amazing charity and cupcake recipe too!!

Such a fabulous cause to support and boy do those cupcakes look delicious! Love the unique combination of flavors!