This recipe for taco bake will become a new family favorite. You will love how easy this Mexican hash brown casserole is.[/intro] 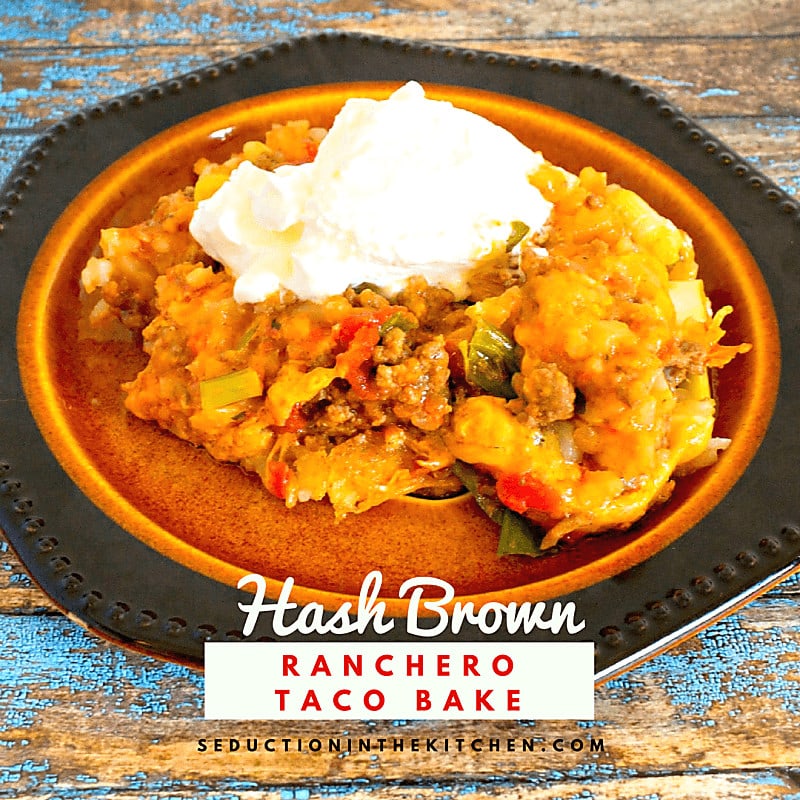 Cooking On A Budget

When I first came up with this recipe for taco bake, I was on a very tight budget. I was craving taco flavoring but had to make do with what I had in my kitchen. Running to store to buy food was not an option.

Casserole recipes are perfect for being on a budget. Doing a hash brown ground beef casserole was perfect for to make it into a Mexican hash brown casserole. All you need was the right flavor. 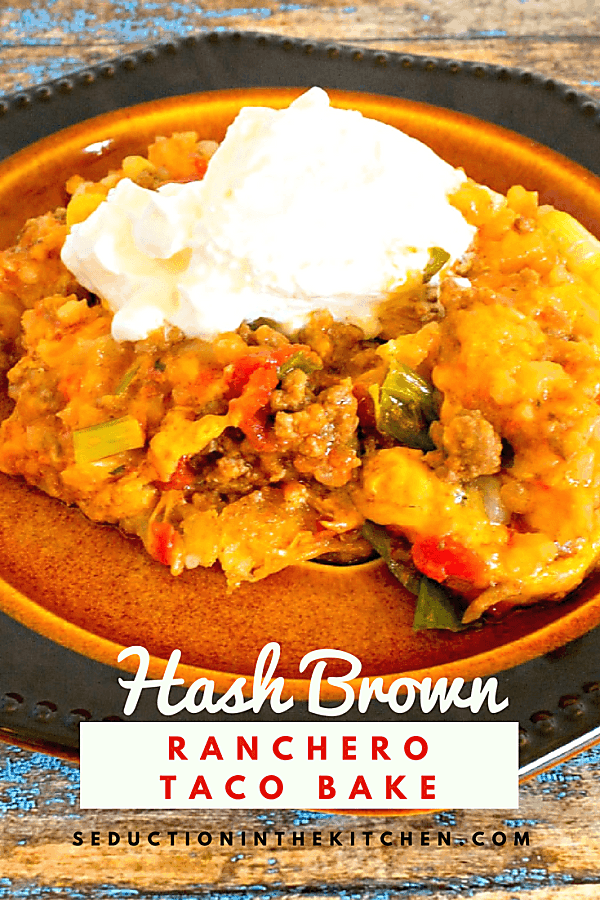 Pin This Hash Brown Ranchero Taco Bake recipe to save it for later.

This recipe for taco bake foods does not look pretty. Yet this Mexican hash brown casserole tastes amazing. If you want to get real many Mexican foods do not look pretty, but the taste is outstanding.

I used taco bell ranchero sauce to give this easy taco bake flavor. In fact, you could say that this hash brown ground beef casserole is like a Mexican hash.

A quick stint in a dry skillet over medium heat wakes dry spices up and releases their oils, which means your paprika will taste a lot more paprika-y. Use whole spices, watch the pan like a hawk, and stir constantly until the spices are fragrant, then transfer to a plate to cool before using. – Source: Epicurious 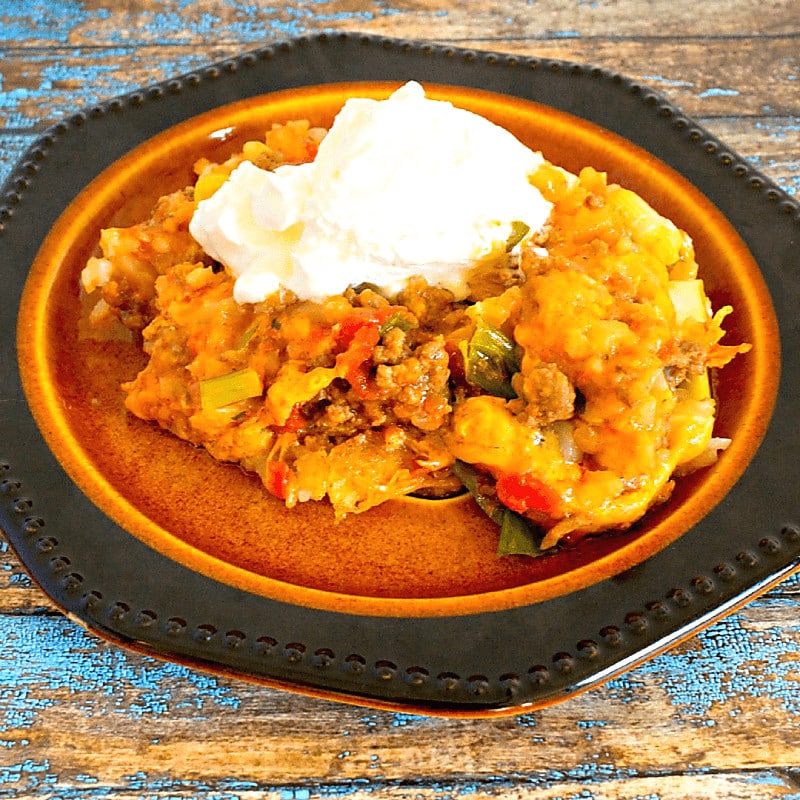 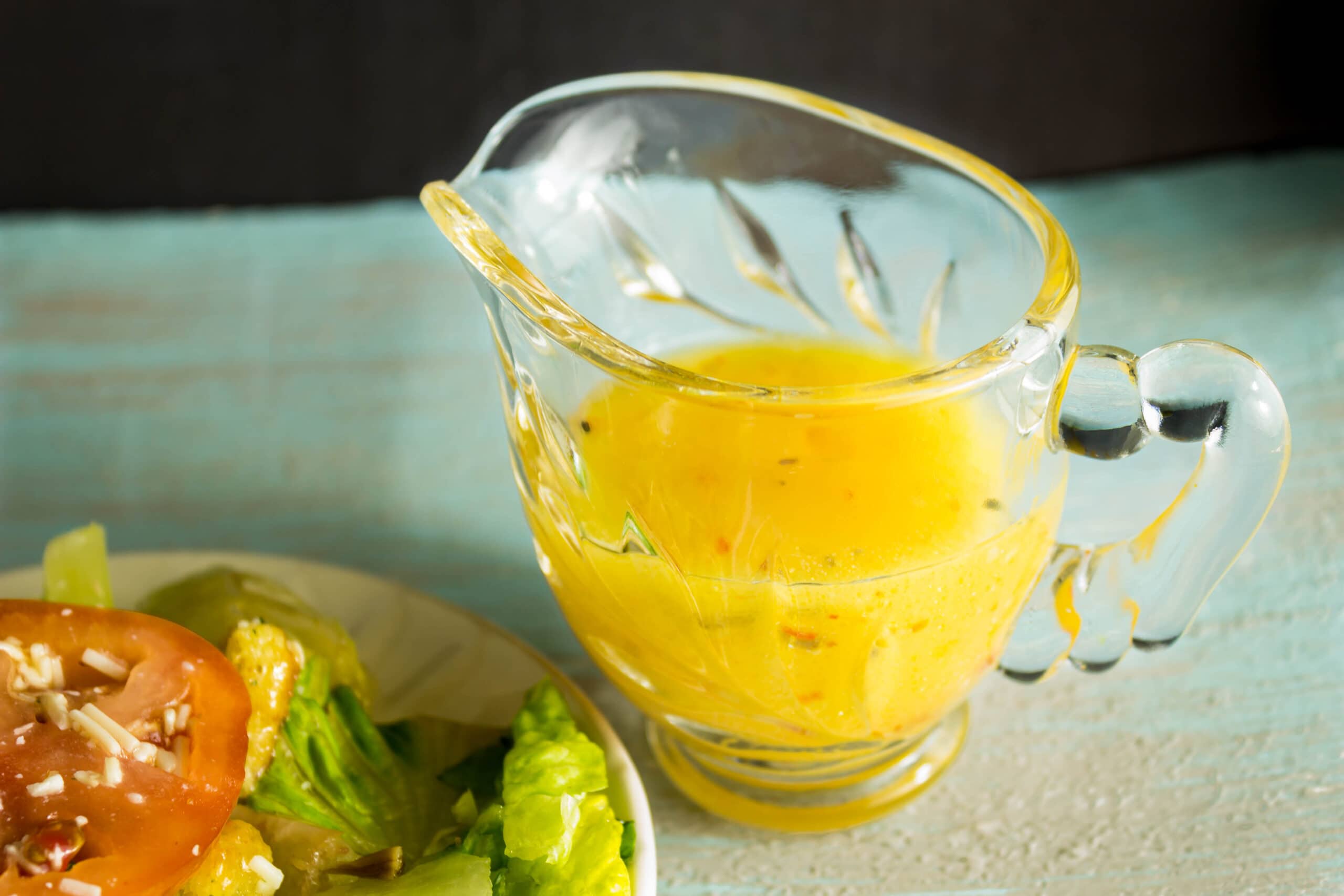 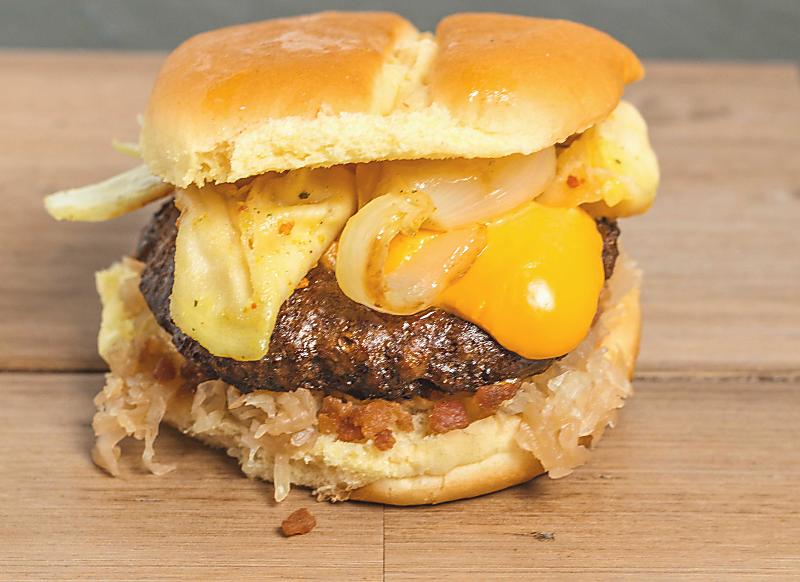 I am making this seductive recipe today! I am using frozen Potatoes O'Brian. Already has peppers & onion in it. Used a a spicy cilantro salsa. SMELLS DIVINE!

I am glad it smells so good!! Oh, Hmmm I like the idea of the Obrien potatoes! (Admit sometimes I do hate chopping onions LOL, so all for a shortcut!)

I wish I had your confidence. I am short, fat and mainly deaf. So, I usually veg at home. The one good thing in my life is my grandchildren. So very, very glad you are who you have become. It's not easy being tormented all your life because of who you are to other people.

It takes time to build confidence, 10 years ago I didnt have this type of confidence, one day I just but the bullet and and it built it from there :)

Thanks for sharing your story. Children can be cruel. I'm glad you've come so far and were able to develop such a strong sense of confidence and wonderful personality. That recipe sounds delicious!

Thank you so much, your right, kids can be cruel, truthfully, in a way my experiences help shape who I am :)