Brown Sugar Cinnamon Oatmeal is a classic oatmeal breakfast dish. Oatmeal with brown sugar is easy to make and is a great comfort food to start your day with. Plus adding cinnamon oatmeal has great health benefits! 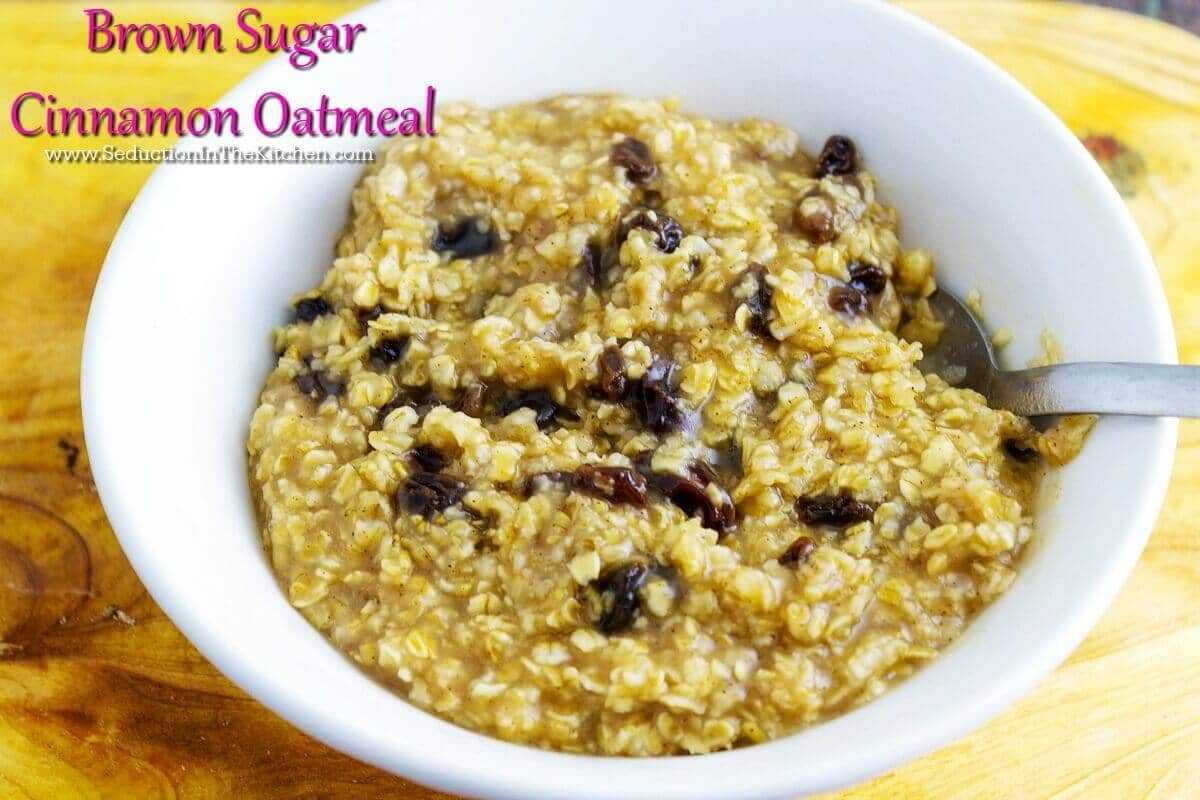 Did you know that oatmeal with cinnamon has health benefits? Yes, it does! Oatmeal, in general, is good to lower cholesterol levels.

Cinnamon helps lower glucose levels in your body as well. If you are pre-diabetic oats with cinnamon can really be a health benefit to you. That was the thought behind creating a brown sugar cinnamon oatmeal recipe. 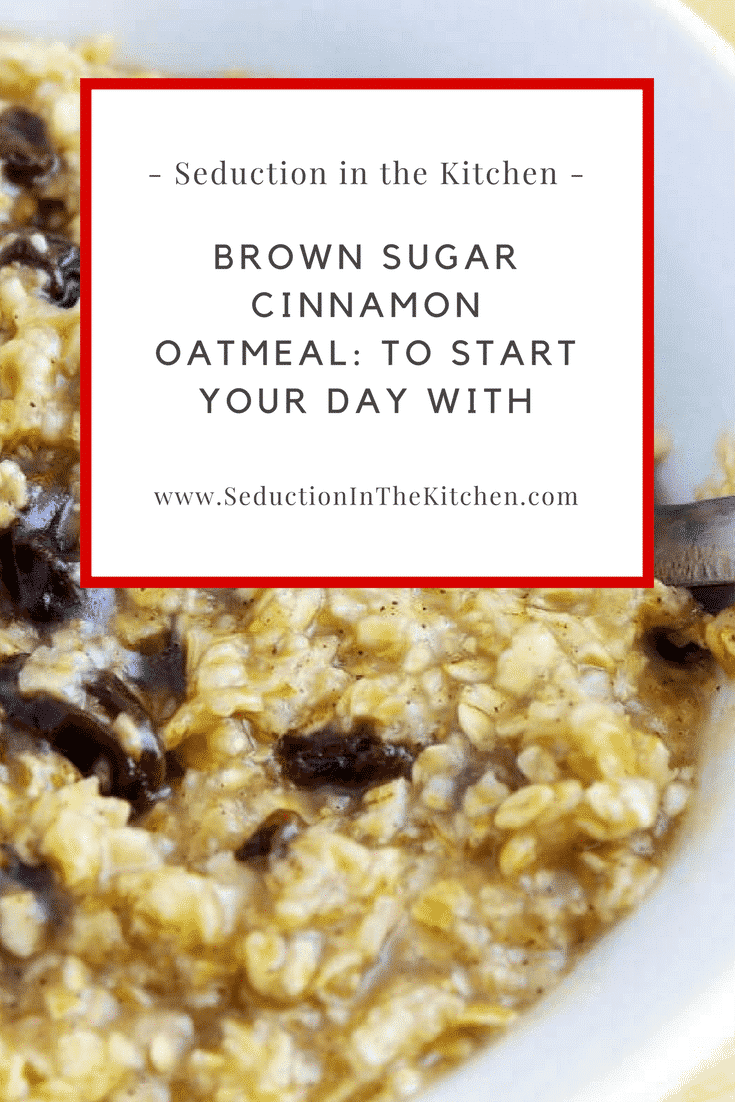 I have been going through a lot of personal changes lately. Actually had events happen that have really opened my eyes too. So it made me want to start creating healthier recipes.

I usually roll out of bed, get dress, go to work. That is my daily routine. So eating breakfast is never in my routine, that is why I need quick and easy recipes.

I like oatmeal with brown sugar, so let’s make that oatmeal recipe. Using quick oats, it helps with the speed I need to make breakfast in the morning. Also adding oats with cinnamon can add great health benefits as well.

F YOUR BROWN SUGAR IS ROCK-HARD, DON’T THROW IT OUT.

Revive it with a minute or so in the microwave. – Source: Epicurious

Oatmeal in general, it is simple to make. So what makes this Brown Sugar Cinnamon Oatmeal different? Honestly, I think it because I make a brown sugar solution to boil for the oatmeal.

Most people boil water, add oatmeal, then put in the bowl. Then they mix in the cinnamon and sugar. It is good. There is nothing wrong with doing oatmeal that way.

I actually add the brown sugar and cinnamon to the water instead. It makes a difference I think. In fact, people tried my oatmeal even say they like how I flavor it.

The thought of doing a cinnamon sugar solution to cook in is about infusing. I figure you are infusing this oatmeal recipe with flavor. The oats with cinnamon is now flavored inside the oats.

Anyone can make a brown sugar oatmeal. It is a simple oatmeal breakfast recipe. Plus oatmeal with cinnamon has health benefits.

So if you are like me and need a change in your life, start off small with a simple breakfast recipe. This brown sugar cinnamon oatmeal is the perfect change you need. Let’s start new lifestyles together!

Brown Sugar Cinnamon Oatmeal is a classic breakfast dish. It is easy to make and is a great comfort food to start your day with. A recipe from Seduction in the Kitchen.

Check out my the latest on my other blogs: