[intro]The Black and Gold Burger is a Steelers burger! It is loosely based on Peppi’s Old Tyme Sandwich Shop in Pittsburgh. You will love this version of Peppi’s Pittsburgh Pa Roethlisburger. [/intro] 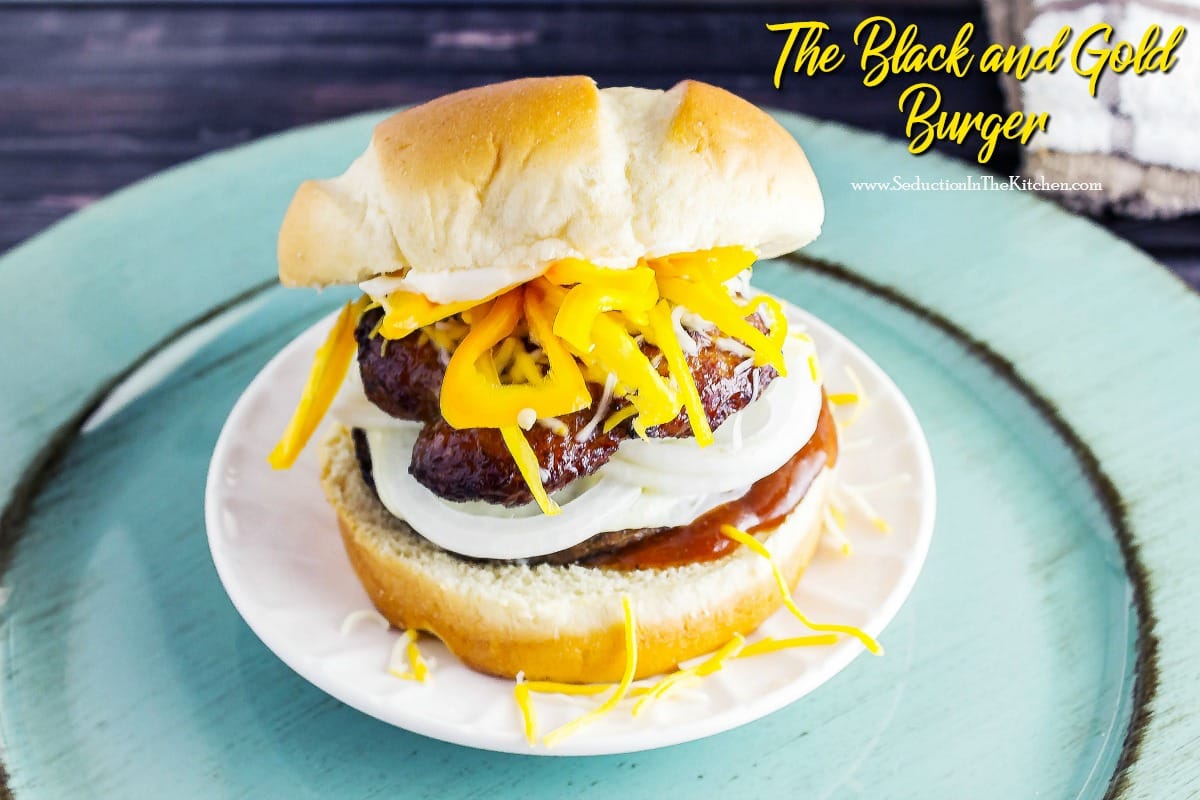 I am a native Pittsburgher. Yes, I live in Brown’s country of Cleveland, OH. Even though I live in the orange and brown territory, I stand out because this girl bleeds black and gold. Yes, I will always have pride in my hometown Pittsburgh Steelers.

When I moved to Cleveland in 2005, I had heard up to that point the saying: “One for the thumb.” Silly me thought everyone knew that Pittsburgh saying. Surprise, in Cleveland, they had no clue of what I saying. 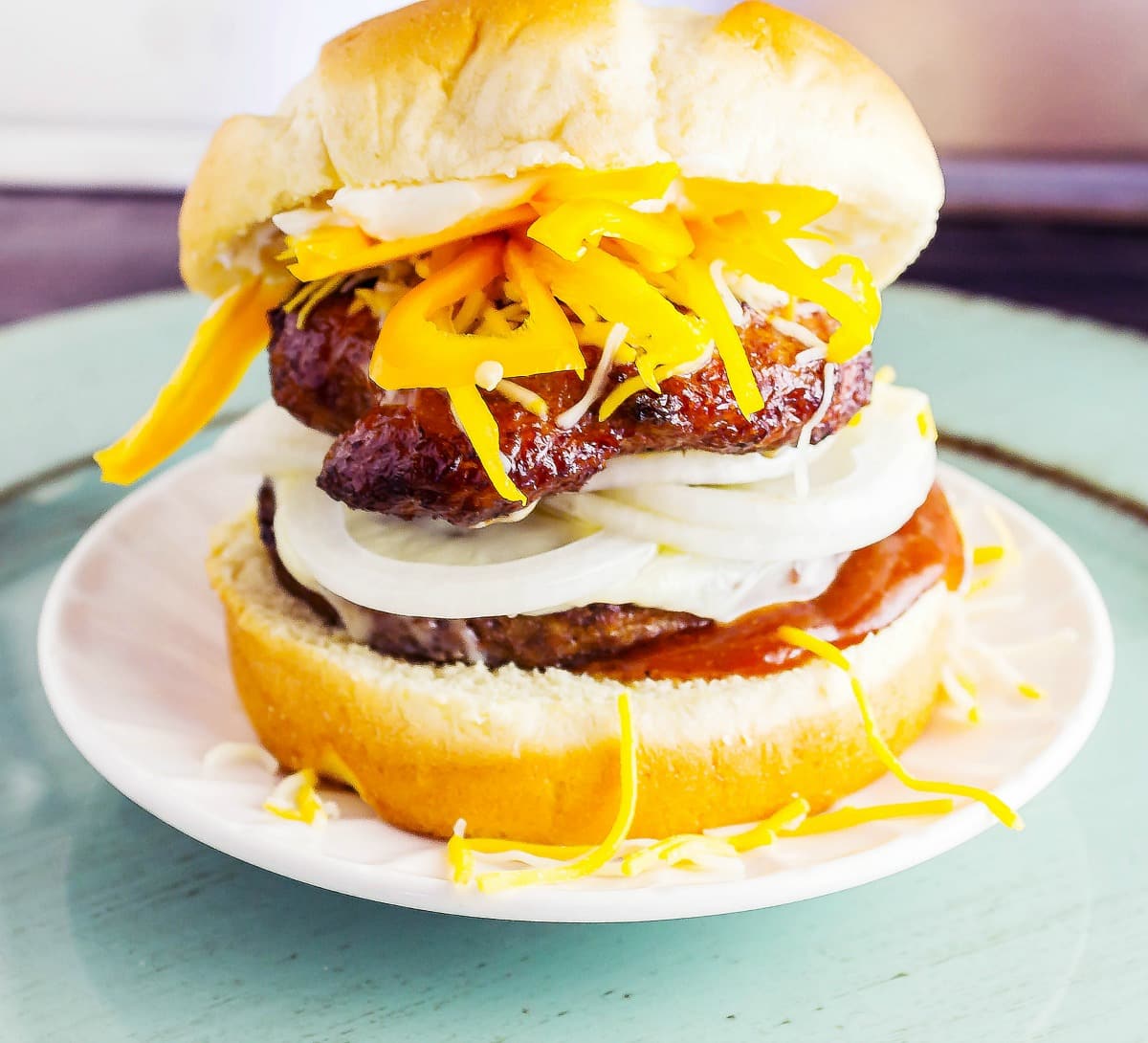 That was before I even said any of my Pittsburghese. Which would confuse them even further? Pittsburghese is how we talk in Pittsburgh, like saying Yinz. Example “See Yinz later!” 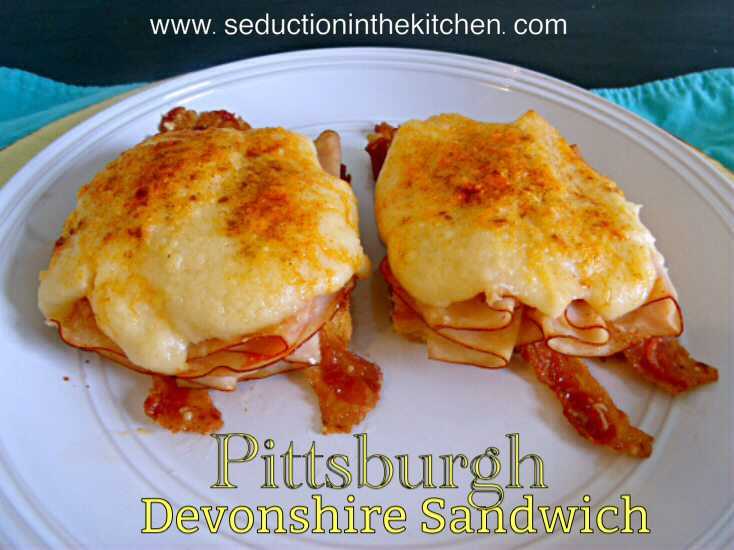 Anyway, one for the thumb saying was for the Steelers to get that 5th super bowl ring. They already had 4 rings in 2005, which would cover every finger. So all the needed was one ring for the thumb.

Get it? As you know, they did get one for the thumb. In fact, the Steelers are up to six and the saying now is Six-Burgh stairway to Seven. 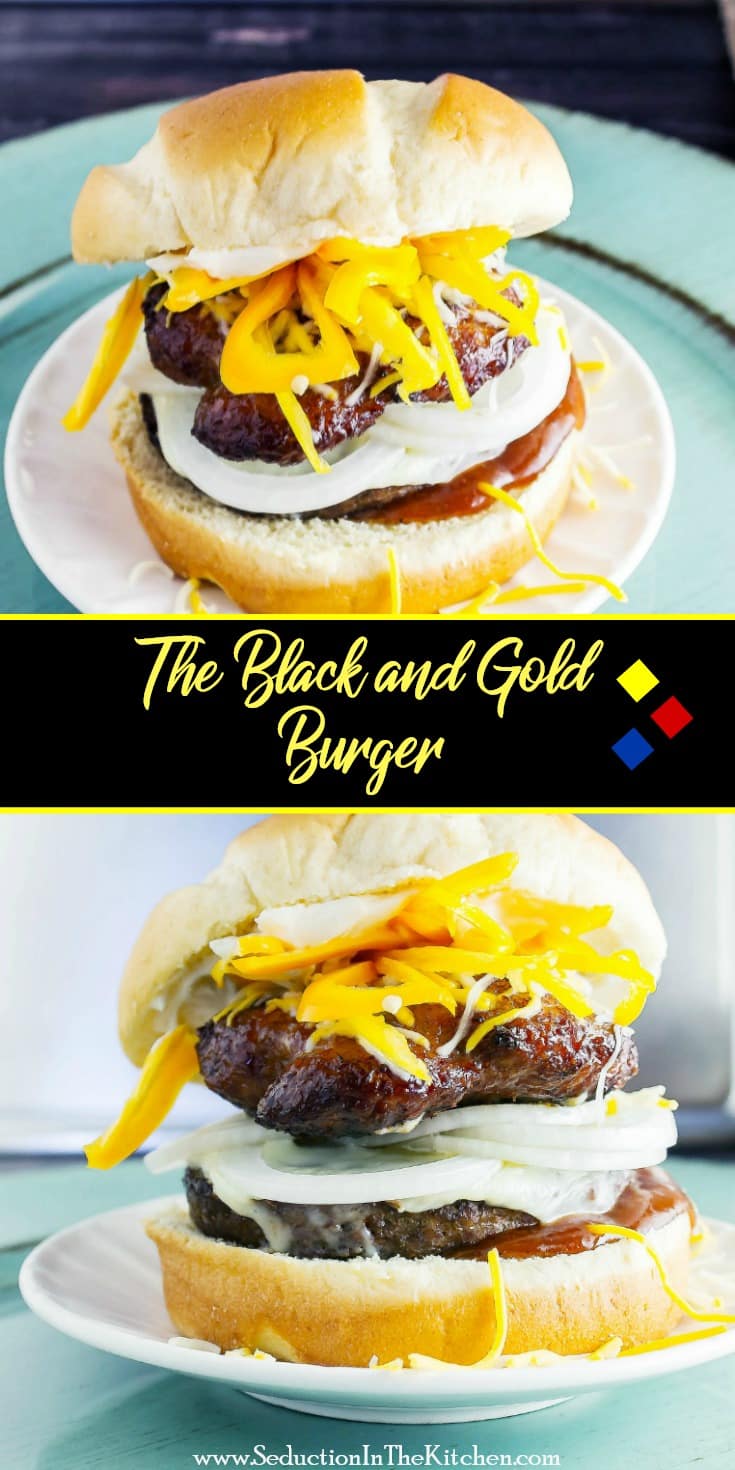 Where To Get A Roethlisberger Burger?

The idea for this black and gold burger was inspired by a restaurant in Pittsburgh called Peppi’s. Peppi’s is the home of the famous Roethlis-burger, which you can read about on Peppi’s website. 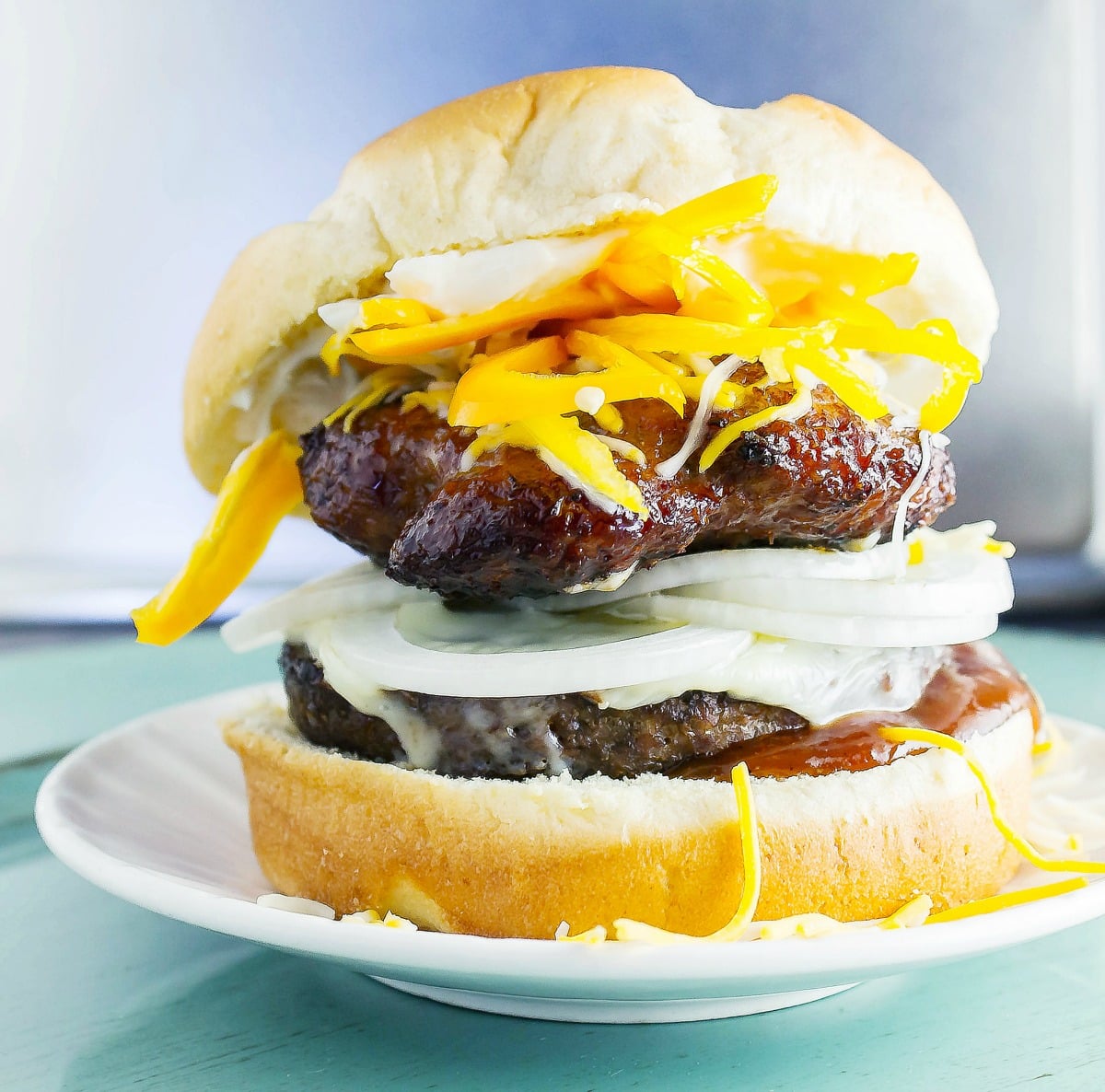 I wanted to create something like the roethlisburger. I saw in the copycat versions of this Steelers burger is pepperoncini peppers. The original roethlisburger at Peppi’s in Pittsburgh Pa does not have.

My thought process was I want to keep a few ingredients of the Roethlisburger. Which was the hot sausage, BBQ sauce, and the Yet, I also wanted to add to it, like the pepperoncini peppers.

I wanted as much “gold” or in my case yellow in this Black and Gold Burger. It is a steelers burger created in a Steelers kitchen.
The black comes from the meat in this burger. I wanted this to be a man’s burger. Let’s face it football is a man’s game.
A big burger that needs 2 hands to hold it. I accomplished that with this burger. Since it is my Steeler’s inspired burger, let’s call it The Black and Gold Burger. 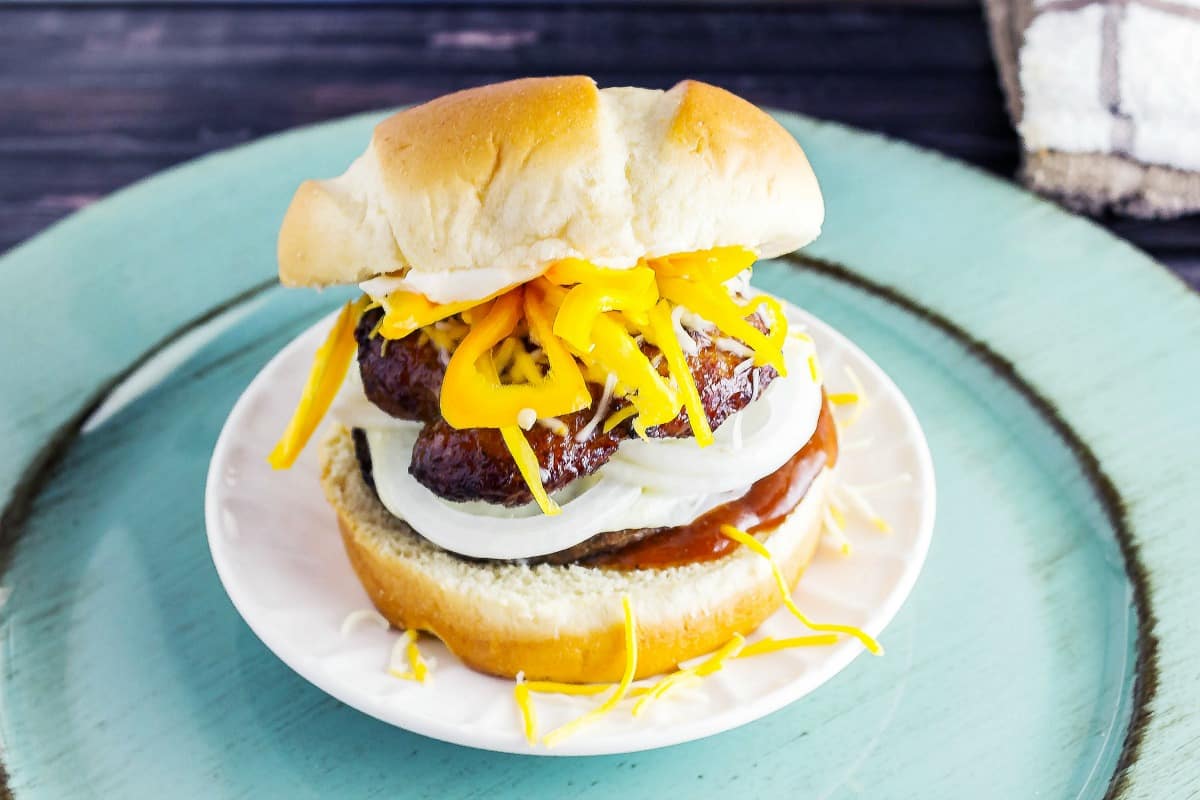 GO STEELERS! Seriously this is an awesome looking burger!! YUM!