This post is sponsored in conjunction with AppleWeek. I received product samples from sponsor companies to aid in the creation of the AppleWeek recipes. All opinions are mine alone.

Deconstructed Skillet Apple Dumplings is an easy apple dumpling recipe. This fuss-free recipe is perfect for a quick apple dessert!

Pin it now to save for later! 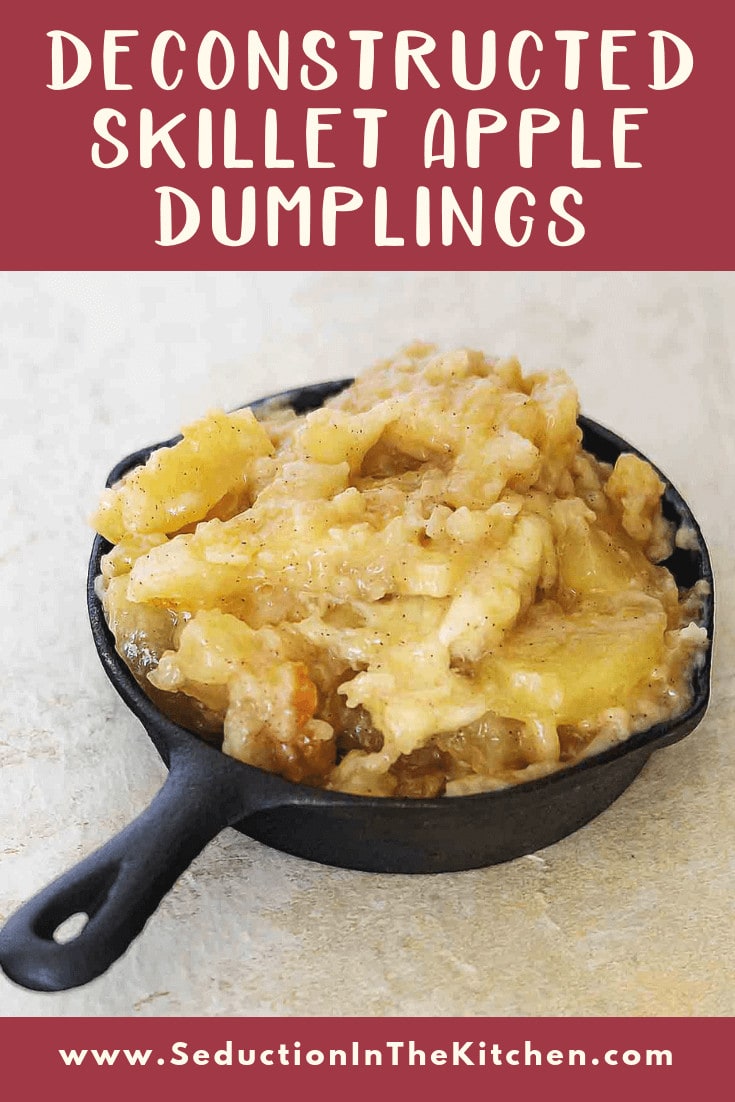 This is now day 3 of Apple Week! This time I am bringing you a simple apple dumpling recipe. First, what is apple week?

To apple week is when a group of food bloggers is posting, yep, apple recipes. There is a giveaway, as well. To learn more about apple week and the awesome giveaway, check out Apple Fritters recipe for all the details! 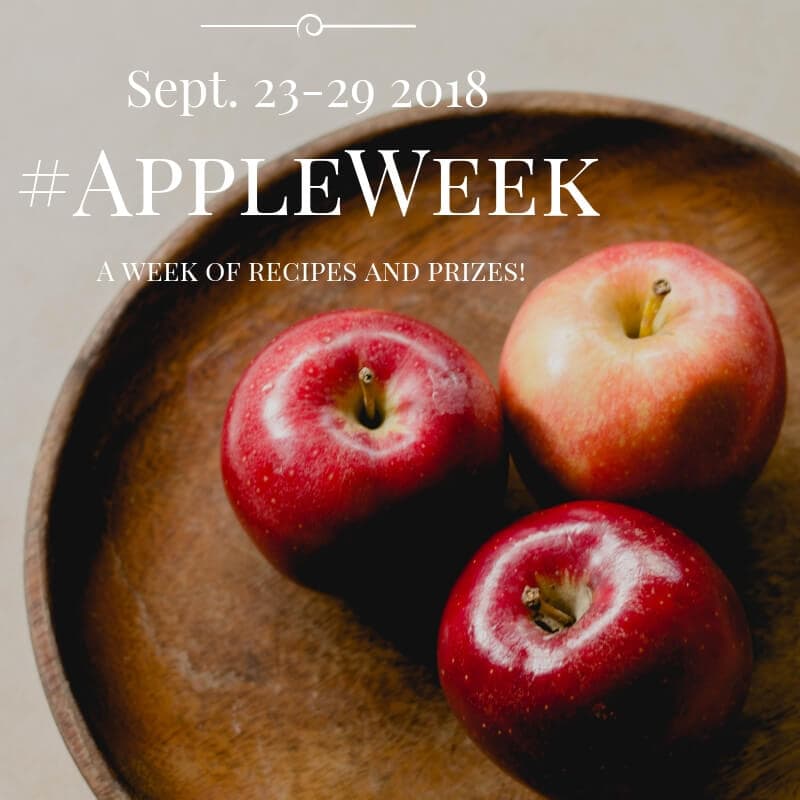 This apple recipe was created by Envy Apples! What is Envy Apples? Well, the motto says it all:

When you’re this good, they call you envy 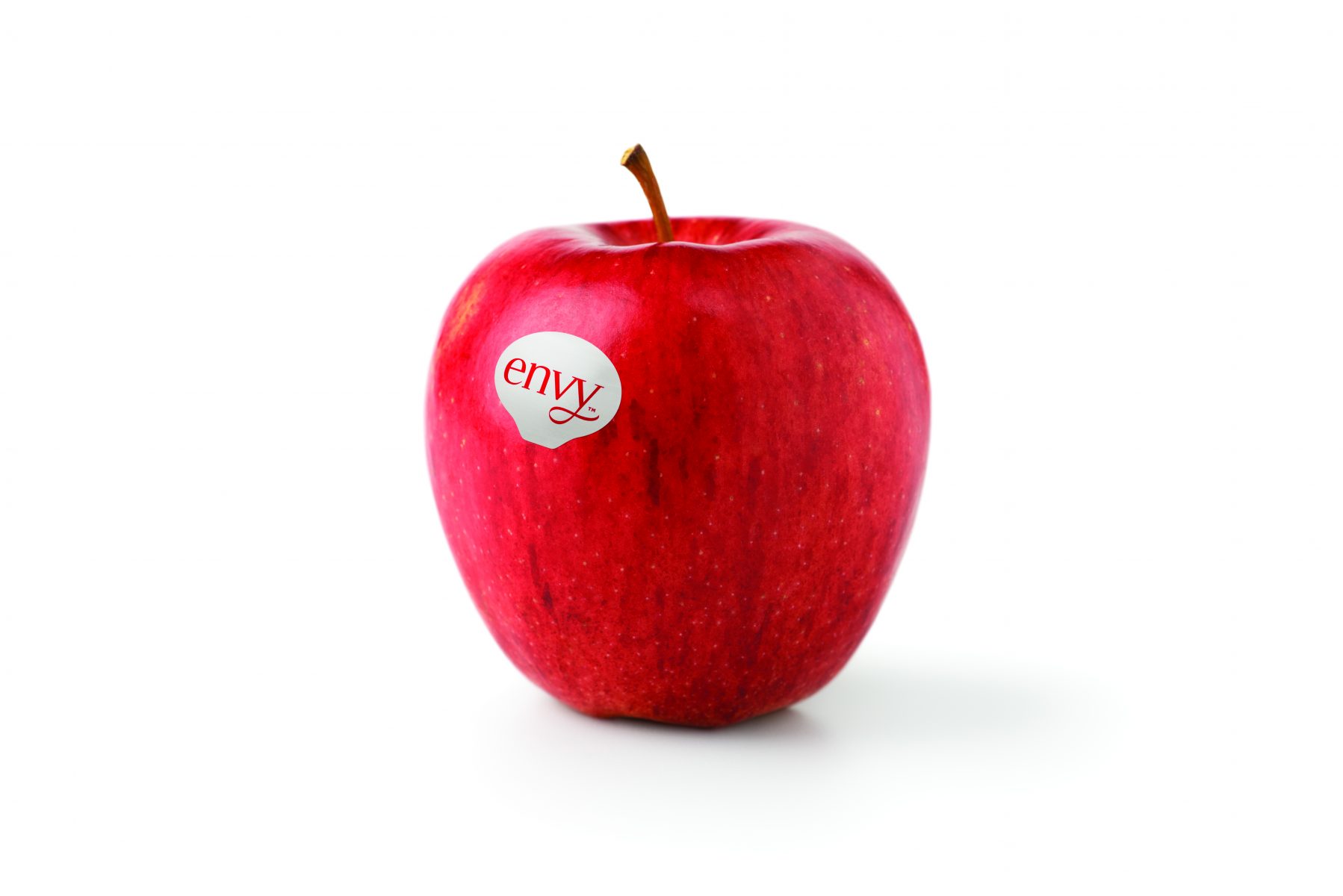 This apple is the bomb! It has this spicy yet sweet taste I have never tasted before on apple. The Envy apple is perfect for baking into a dessert, like this skillet apple dumpling recipe.

You can read about the envy apple here, but a quick synopsis from the Envy website:

It’s an apple grown for our busy, modern lives. A pure and pristine apple that’s a genuine work of orchard-growing genius. And one you can enjoy just about anywhere. With its extraordinary crunch and texture, refreshingly sweet palette and beautiful colours – it’s nature’s passport to a magical moment of indulgent time. Brought to you from the world’s most caring growers. 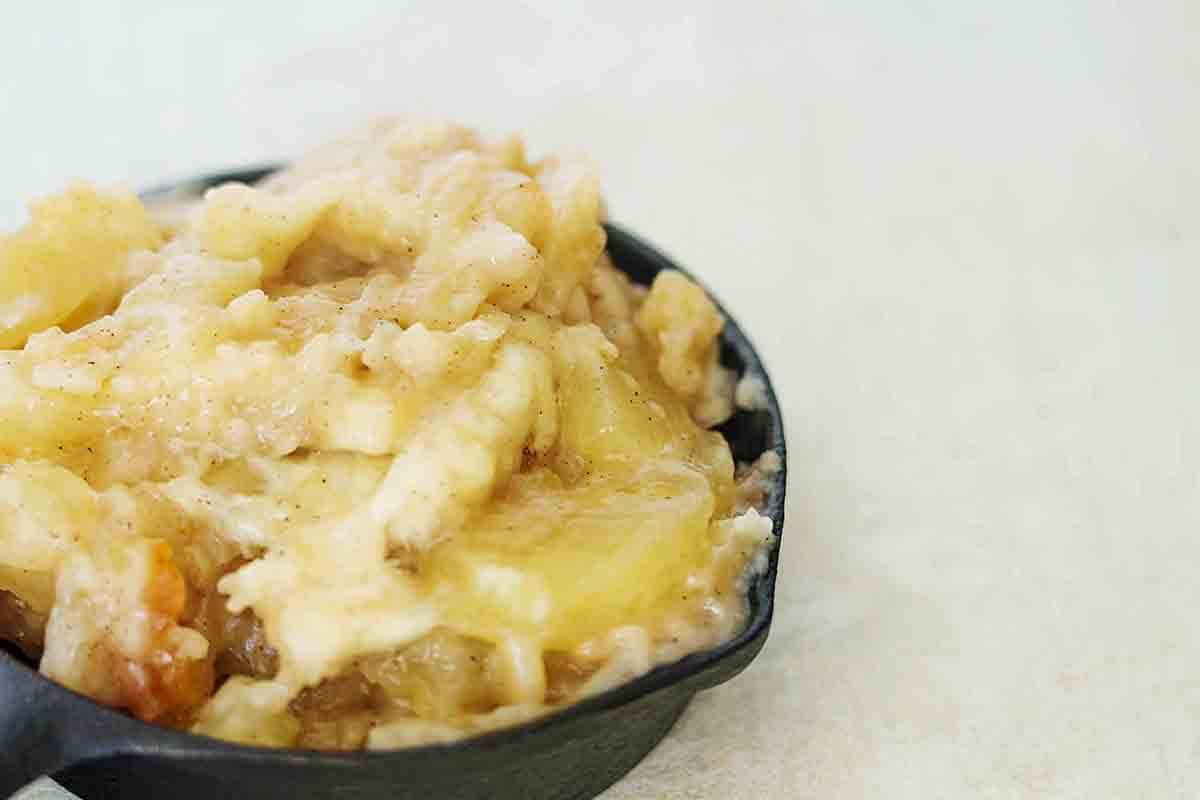 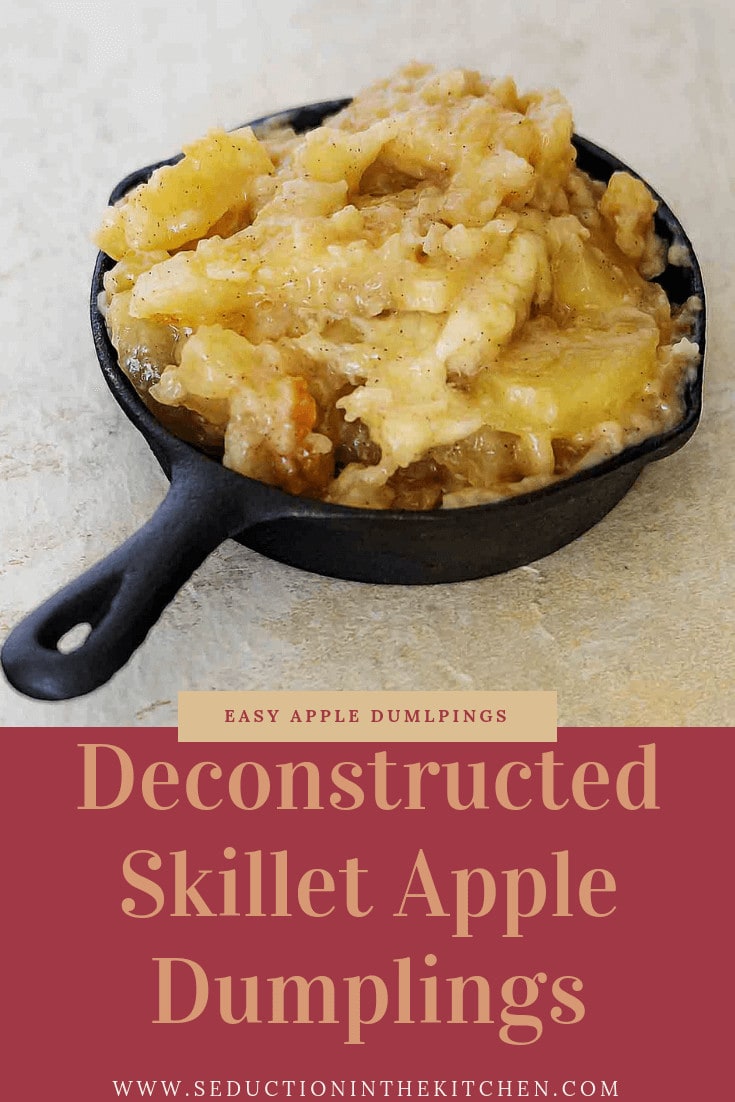 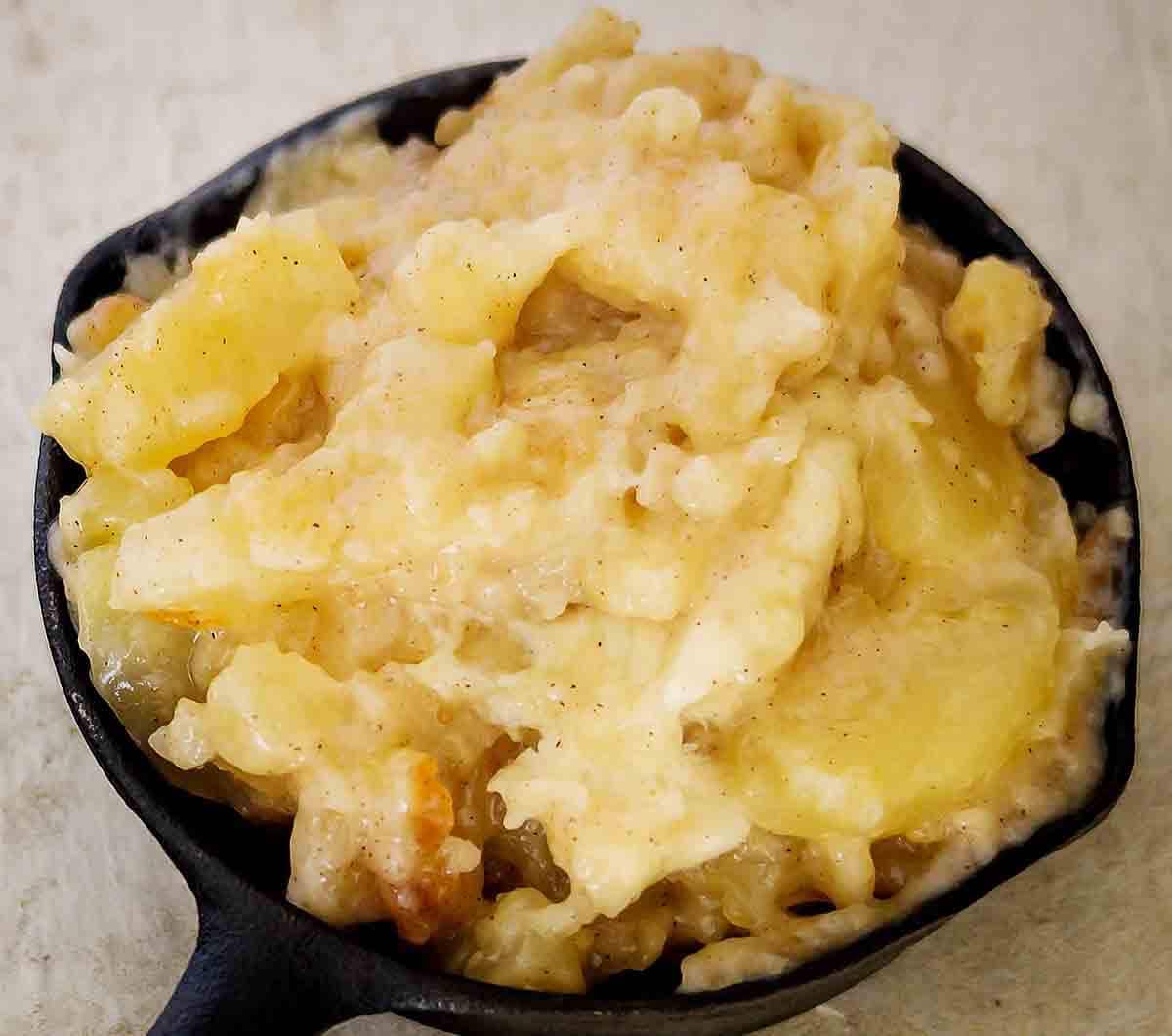 What I think is the appeal of this apple recipe is that it is an easy apple dessert. It is basically dumped in a skillet cook and serve. I personally like this apple skillet recipe with a scoop of ice cream, now that is dessert recipe I love! 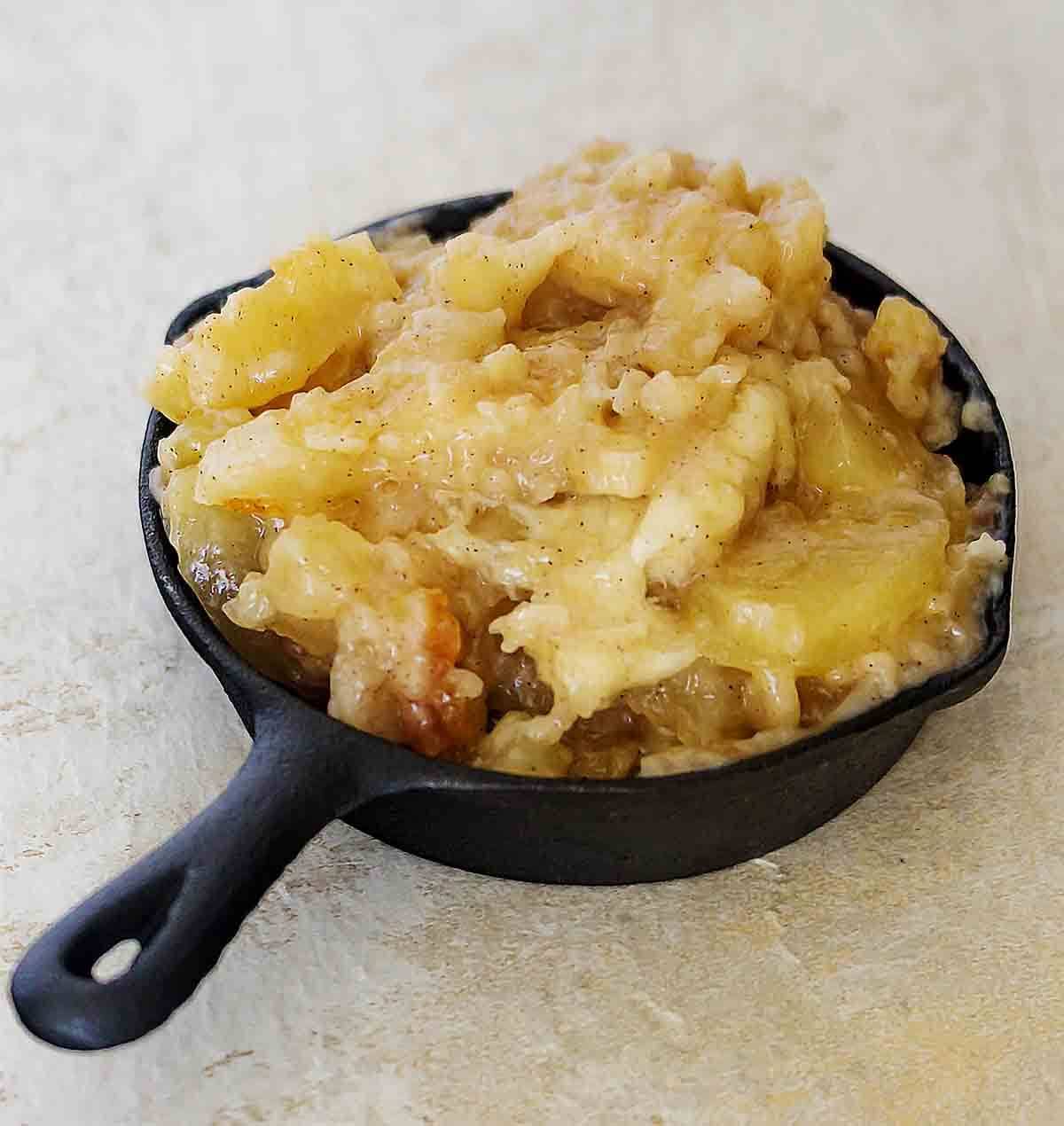 Deconstructed Skillet Apple Dumplings is an easy apple dumpling recipe. This fuss-free recipe is perfect for a quick apple dessert!

Best serve warm also is great with a scoop of vanilla ice cream!